Every single trail we have hiked over the course of the last six weeks has been in pretty bad shape. Every single one.

Some are worse than others, but every trail has had some pretty significant issues that have made hiking them much more difficult. In some cases, it’s made hiking them impossible. Of course there are a number of reasons why these trails are in the shape they are in. Weather. Winter. Spring. Fire. Human traffic. Funding. Priorities for upkeep. And so on.

Some of those reasons within our control, and others are not.

Regardless, I can’t help but think that the disrepair of our trails reflects even greater problems across our current society. Our priorities are misaligned.

We have been hiking in late spring and early summer, so all trails have been overgrown with brush. 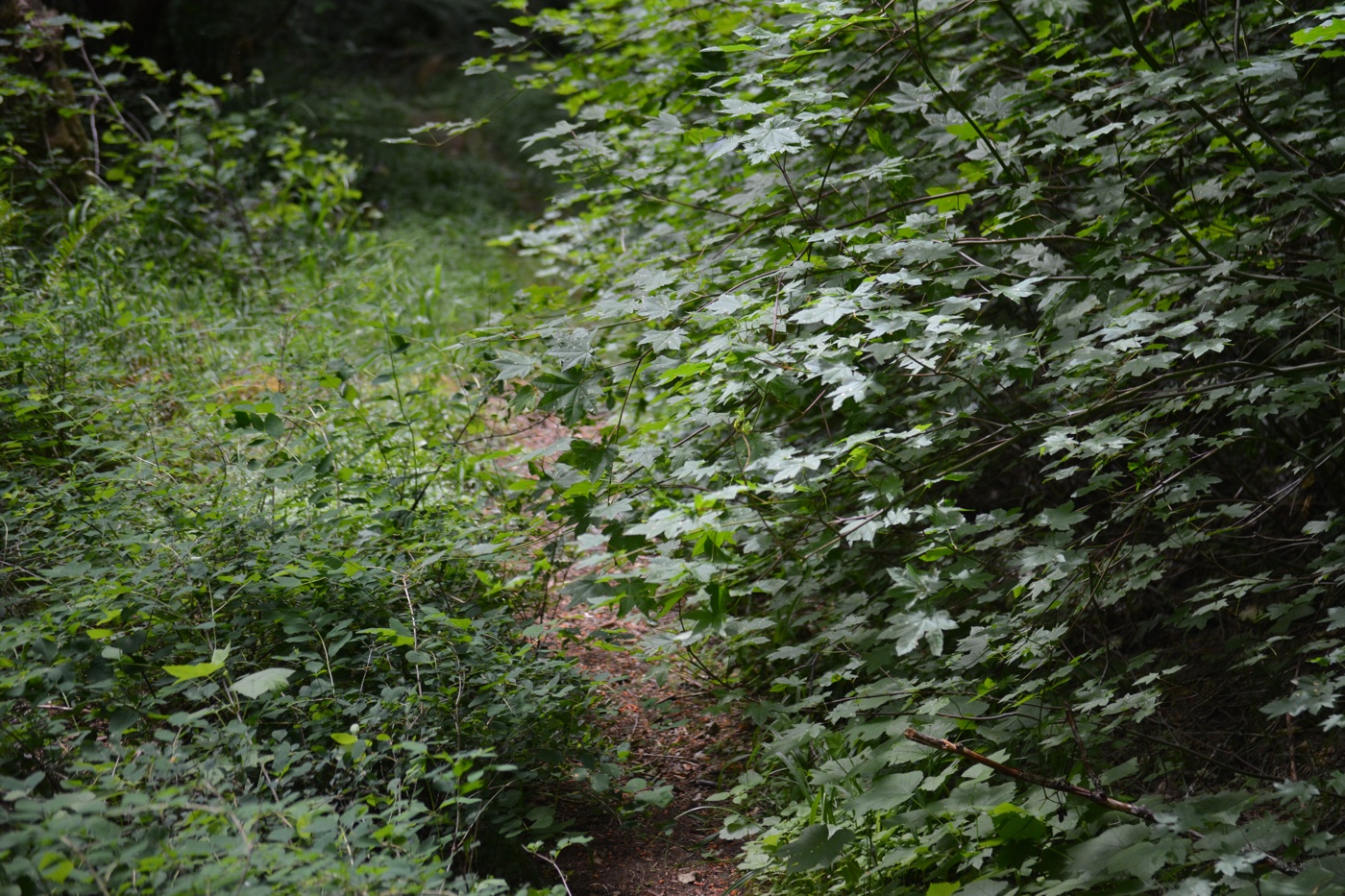 We have done our best to clear what we can as we hike each day. 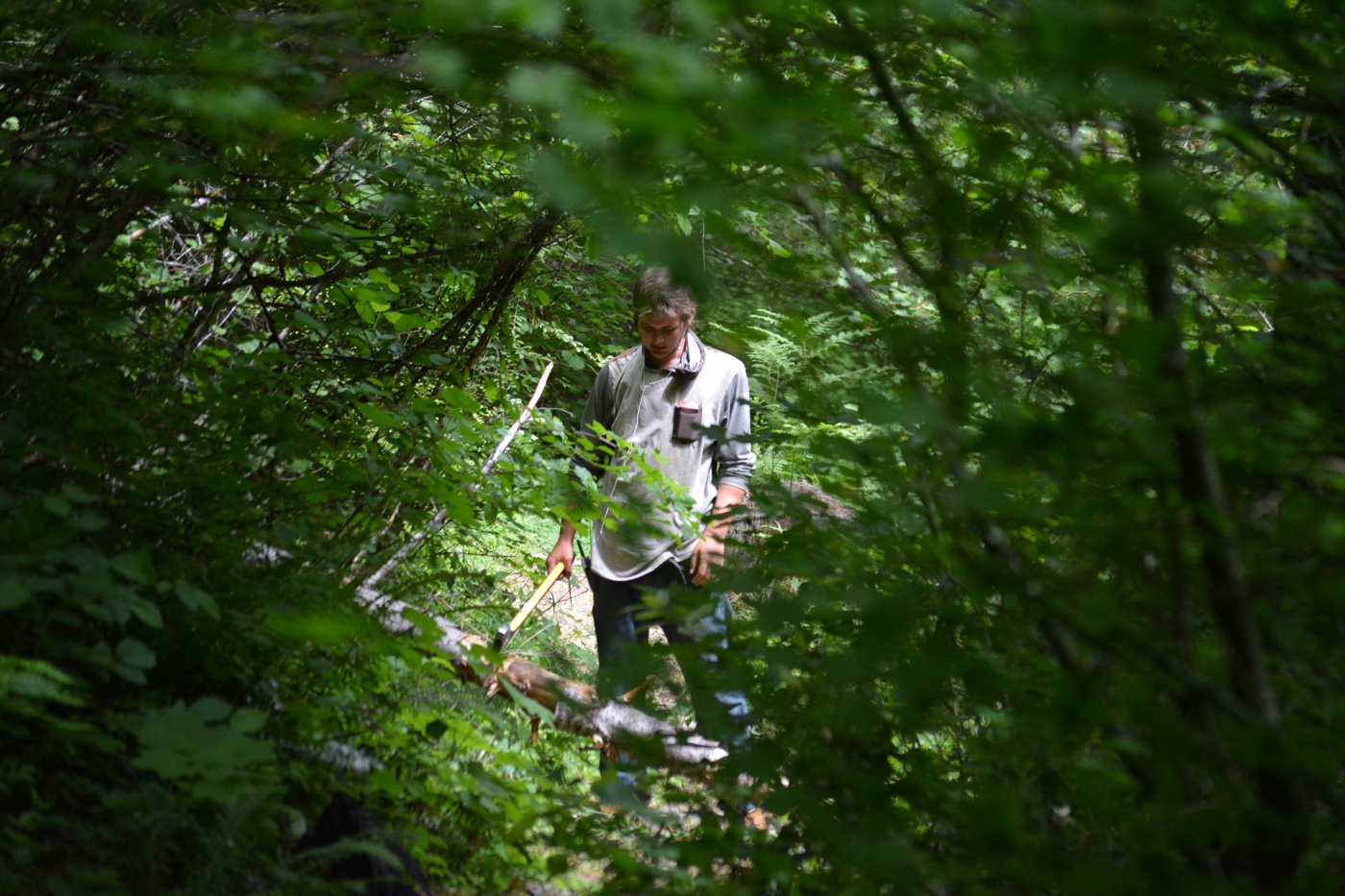 When we come across logs blocking the trail, the best we can do often is to clear away branches and make it easier for others to step over them. 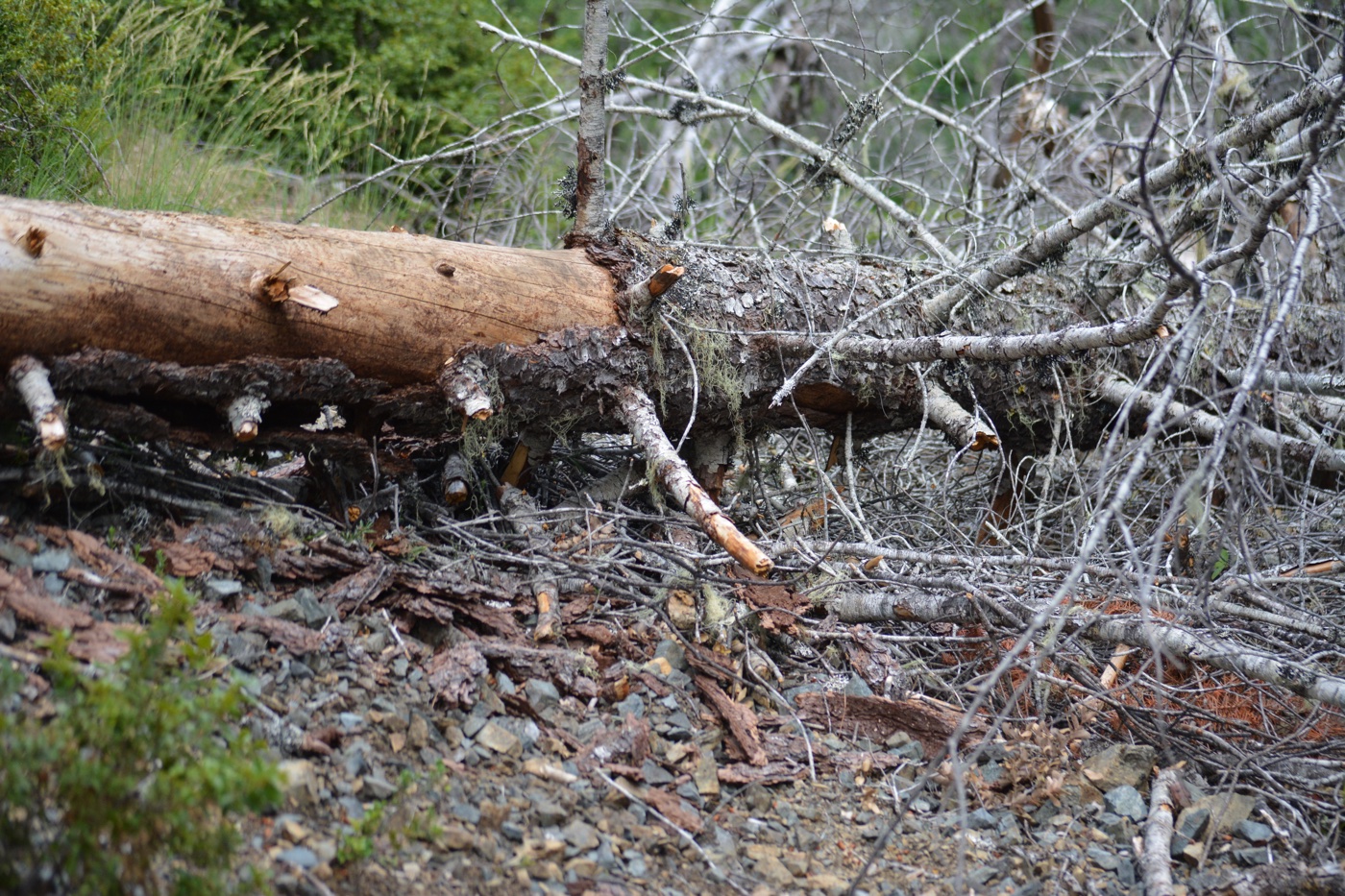 If it’s a smaller log we can use our saw or axe to chop away chunks to clear the path. 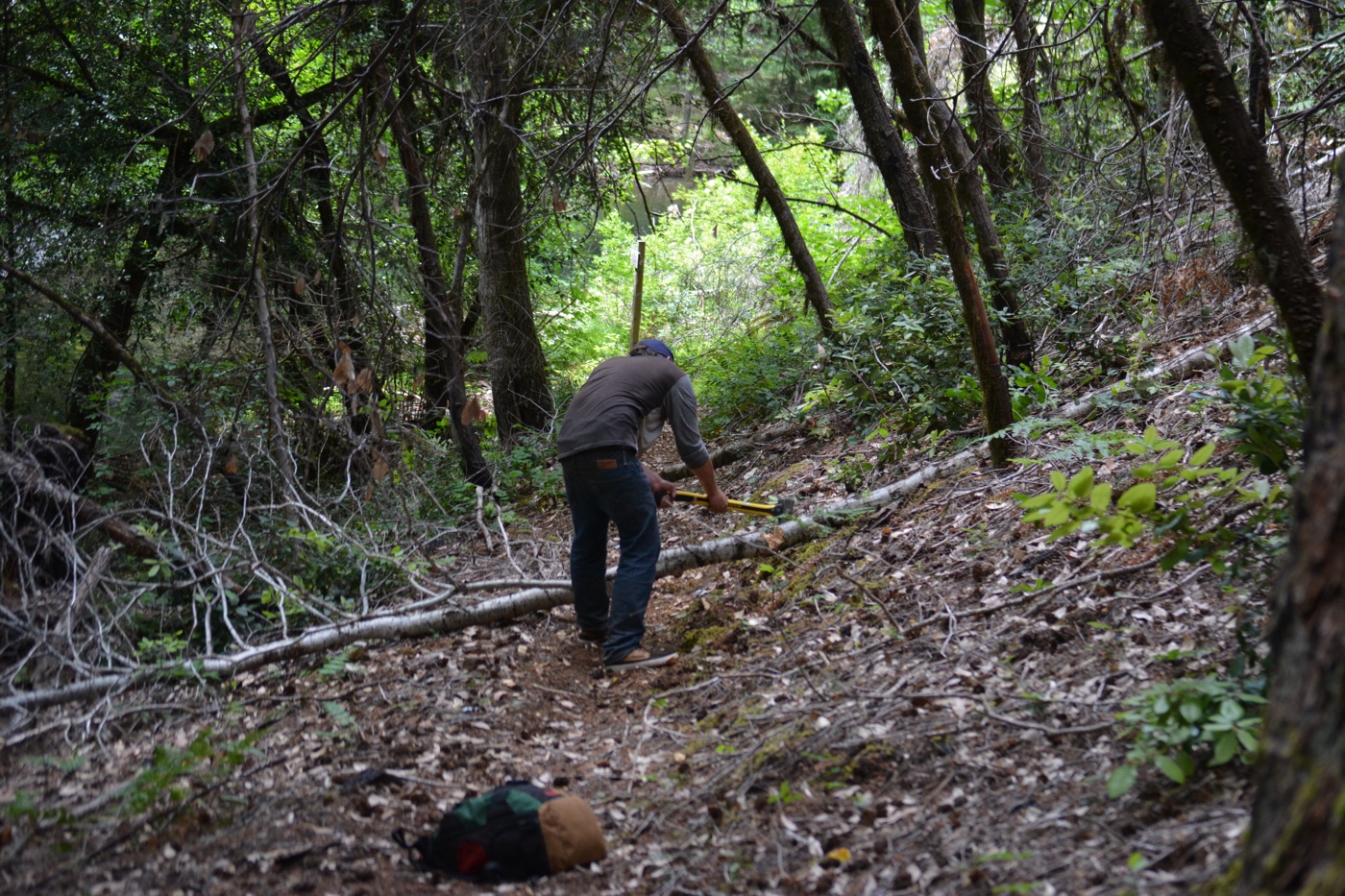 But most of the time, there really isn’t much we can do without bigger tools – a chainsaw. 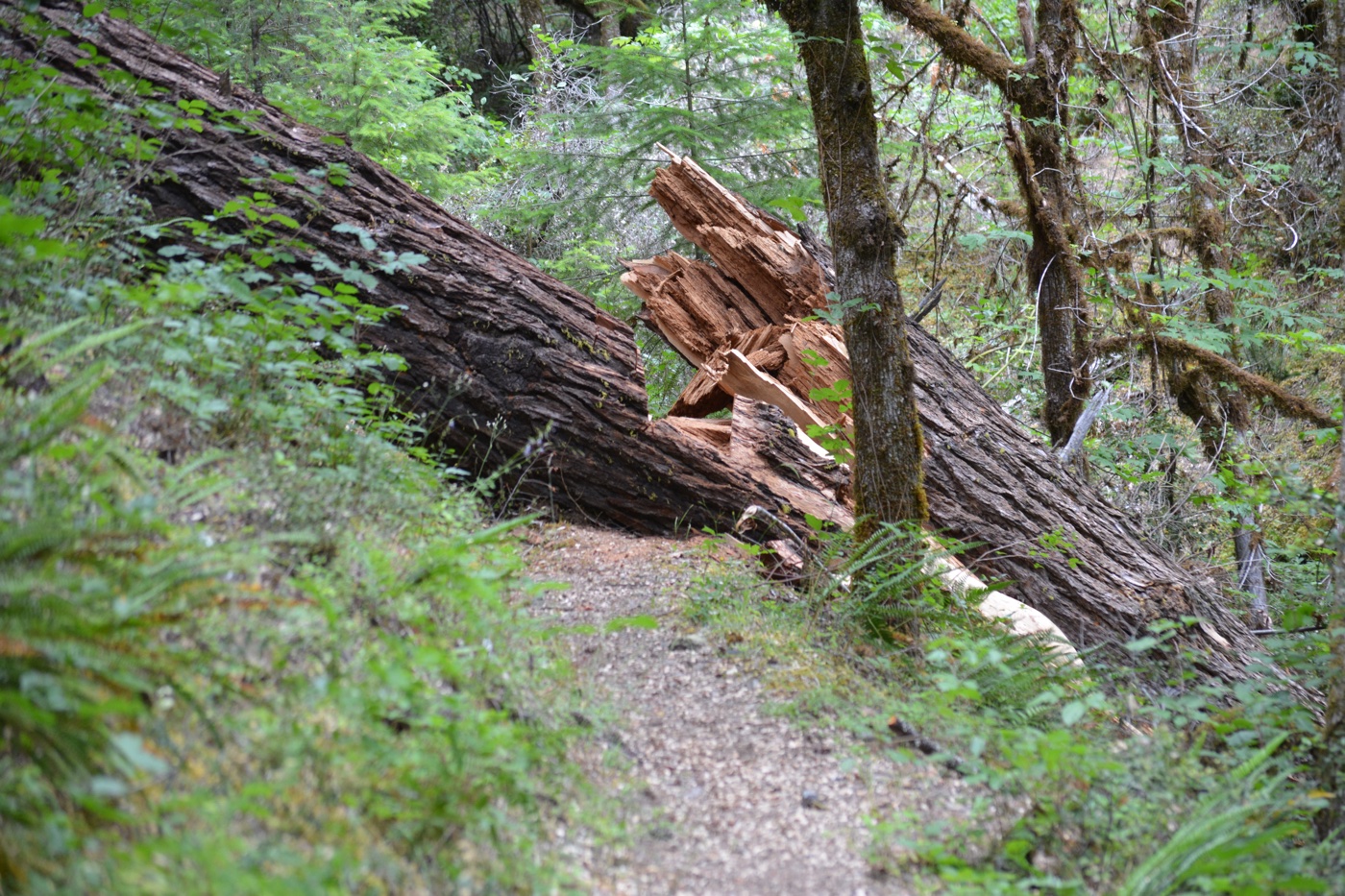 Some of the logs and debris would have taken us all day to clear, just to make the trail hikable. 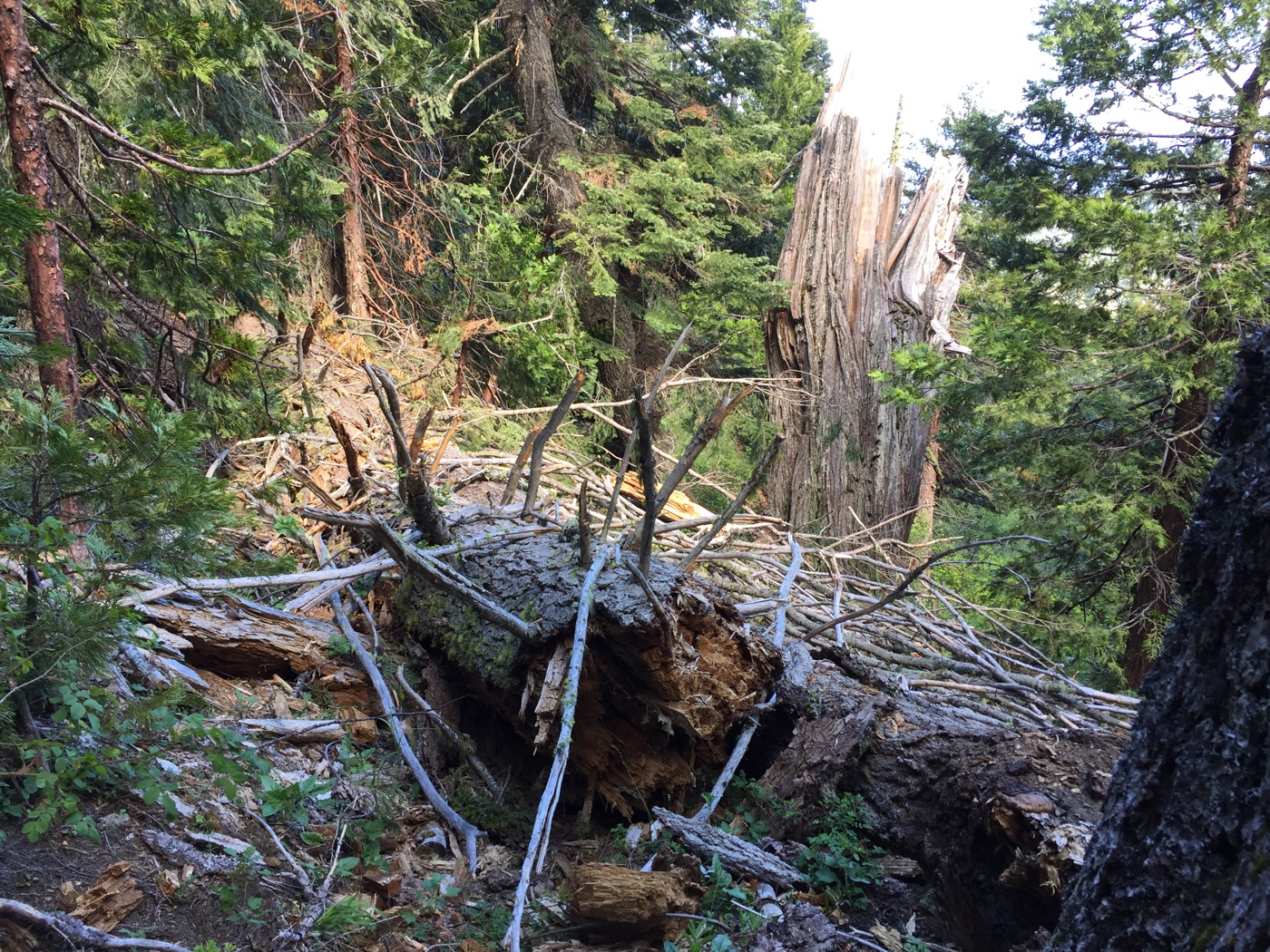 The obstructions have been just too big for us, and we have always wanted to make sure we were getting some hiking done too. 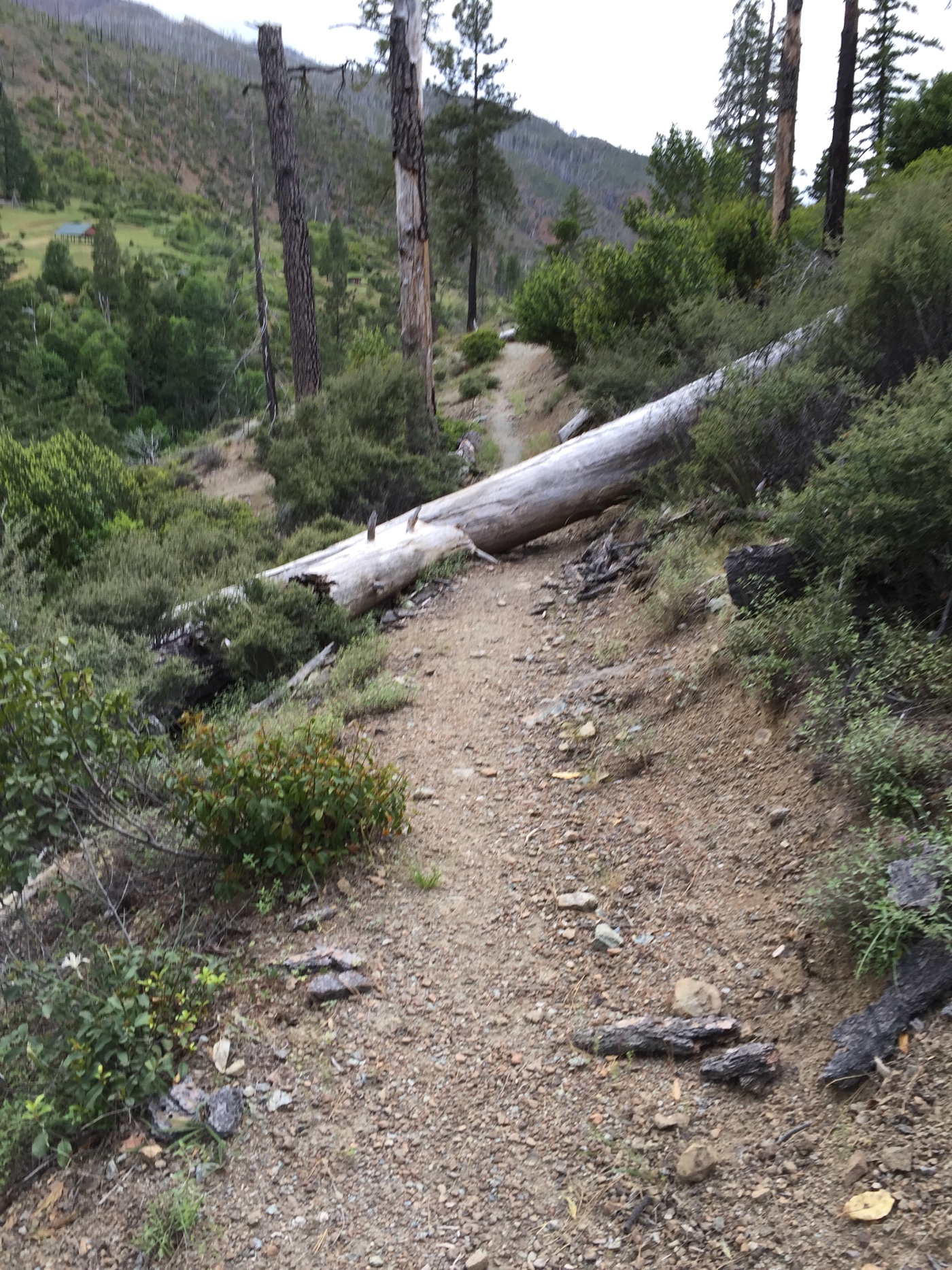 In addition to the logs and debris blocking the paths, we have come across bridges that were simply gone. 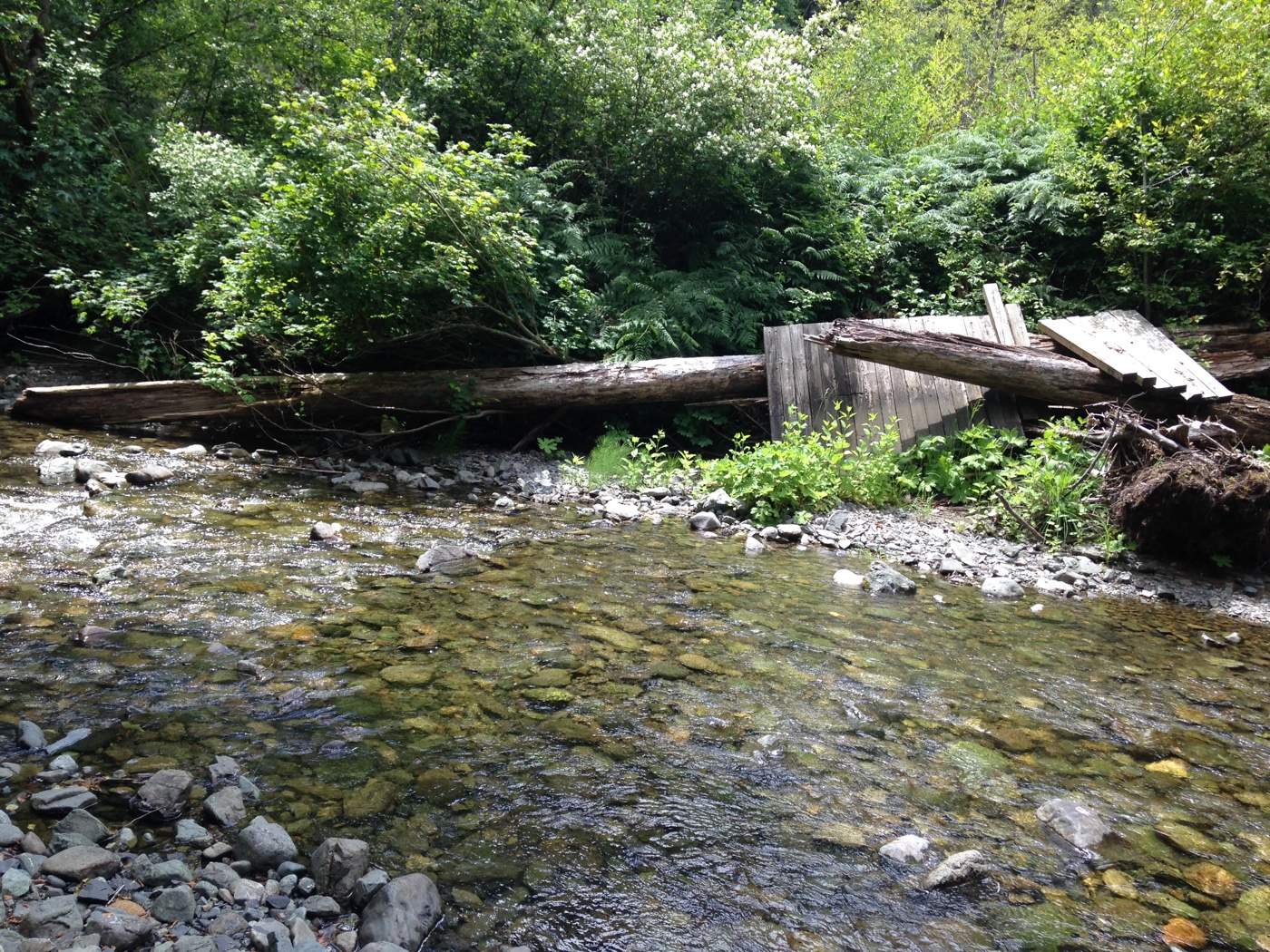 We have found signs knocked over. 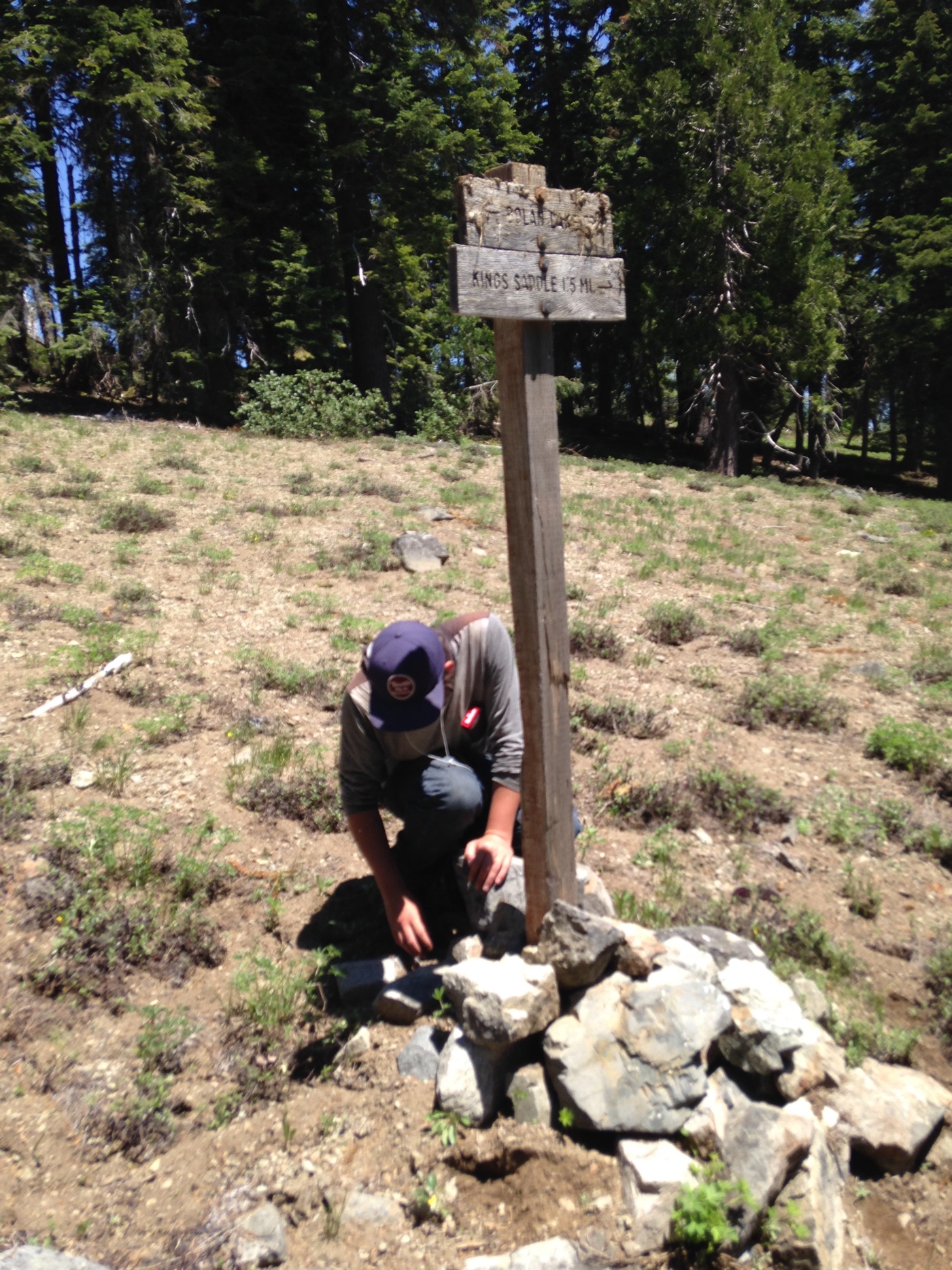 And signs that we couldn’t read. 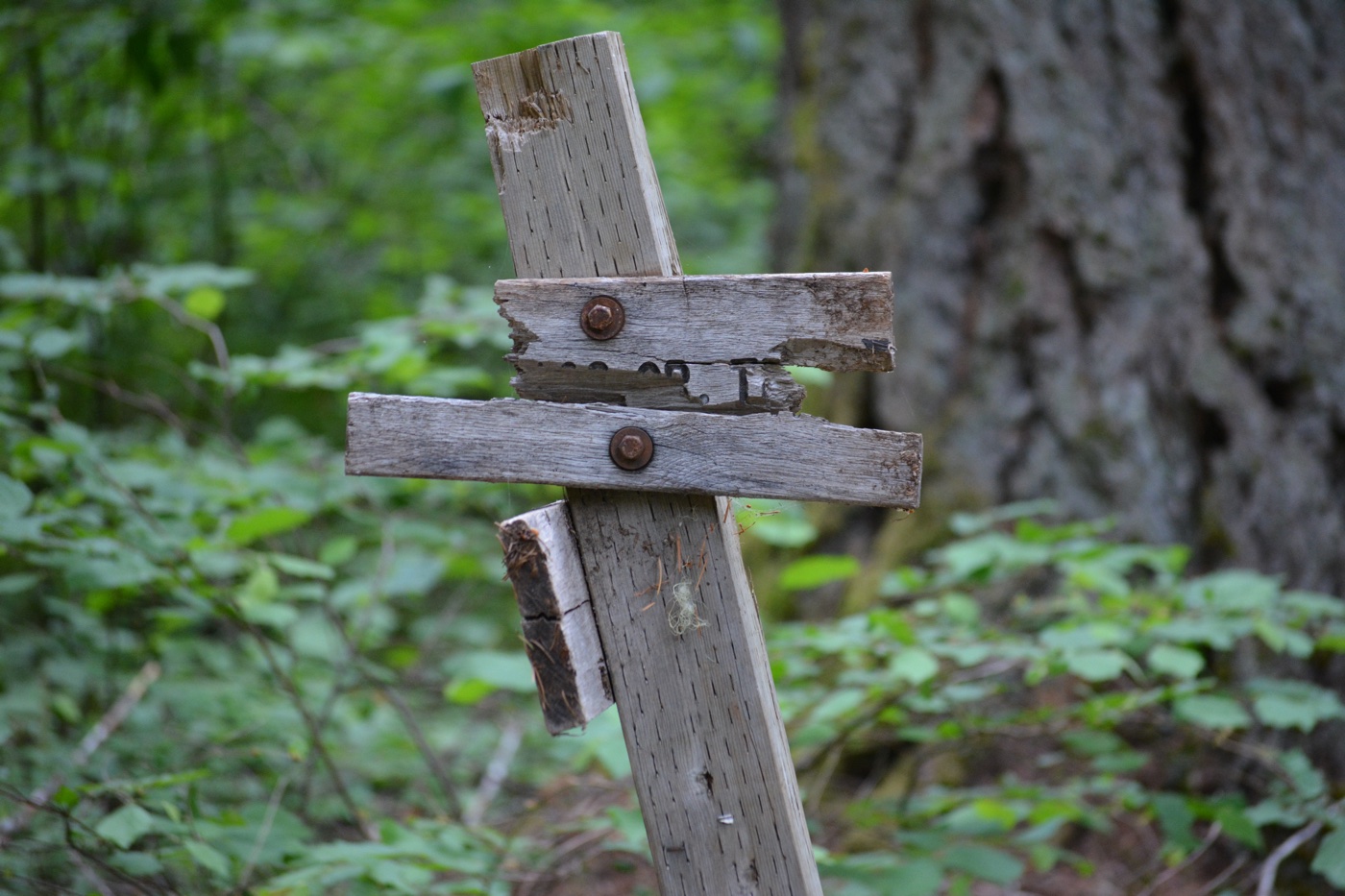 And signs that were… confusing. 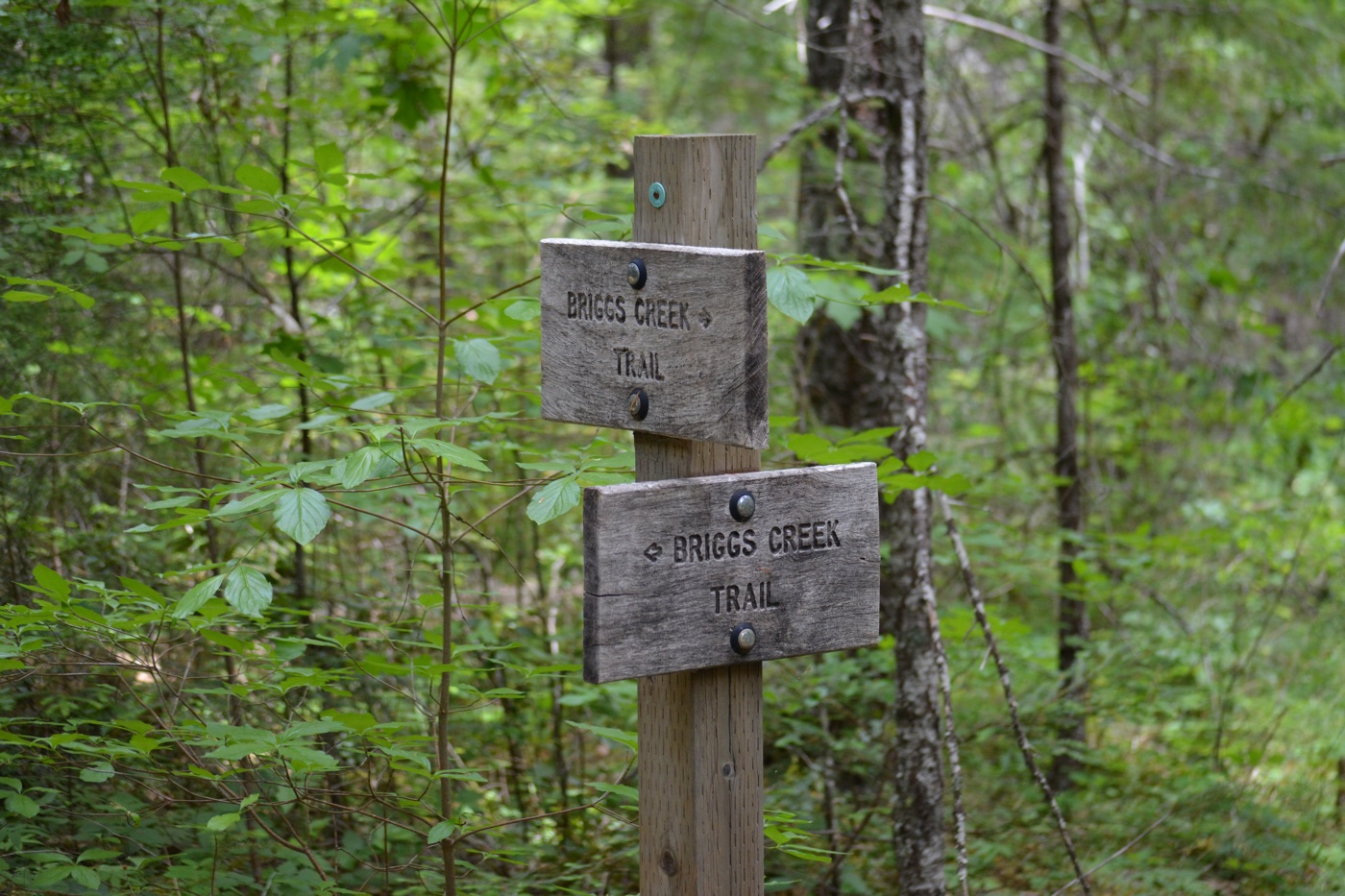 What has made me the saddest have been the trails on the cusp of being lost from a lack of use and maintenance. When you can’t go any further on a trail that’s been designated by the county or the state or the federal government or even just by folks who’ve lived in the area for a long time as an Important Trail because the trail itself has disappeared back into the wilderness, it feels like we’ve lost an important piece of our history.

I’d guess that one third of the problems we encountered were from the regular damage caused by winter. Another third was the result of fire damage. Will these be fixed this season? I don’t know. So that leaves at least a third that is already in disrepair due to a lack of budget and a lack of attention from BLM and/or the Forest Service. Regardless of the reason or who is responsible, I think it is something we should be taking a closer look at – what’s going in with these spaces?

I admit, I have no background – politically, economically, geographically – on why these trails are in the shape they are. I have no idea whether this is isolated to Oregon, or if this is something that is more widespread. However I can’t help but feel that the lack of maintenance – and usage – is a symptom of a larger illness in our country. Is it because we don’t care about this wildnerness anymore? Is it because the Internet has shifted our focus? Is there not enough money? Are people simply not interested in hiking into the woods?

The kid has responded positively to clearing these trails, and I am certain there are other kids out there with similar issues who would respond in a similar way to the task of clearing and repairing – “recovery.” There are lots of opportunities here to re-invest in the land and in the youth. We have done it before. Why wouldn’t we do it again?