Limestone Rock really isn’t a destination for many people. It was the place teenagers would head up to and party on the weekend (when I was a teenager, at least), and people with motorcycles would visit as part a weekend ride. It just also happened to be right above my bedroom, and it was on the way home from high school in the mid to late 1980s. My parents were living on 20 acres in the shadow of the rock, and if I didn’t want to live in the main cabin with all the kids, I had to go build my own bedroom elsewhere. So I did.

When I think of my childhood, Limestone Rock was a pretty stunning natural feature, so I wanted to return and capture some drone video as we were rolling through my hometown. At first I tried to drive up to the rock via a road by my old high school, but it was blocked off with threatening signs. I went to another route to get there from the other end, but at the beginning of the trail, there was a big metal gate protecting a fresh logging sale. So we walked. 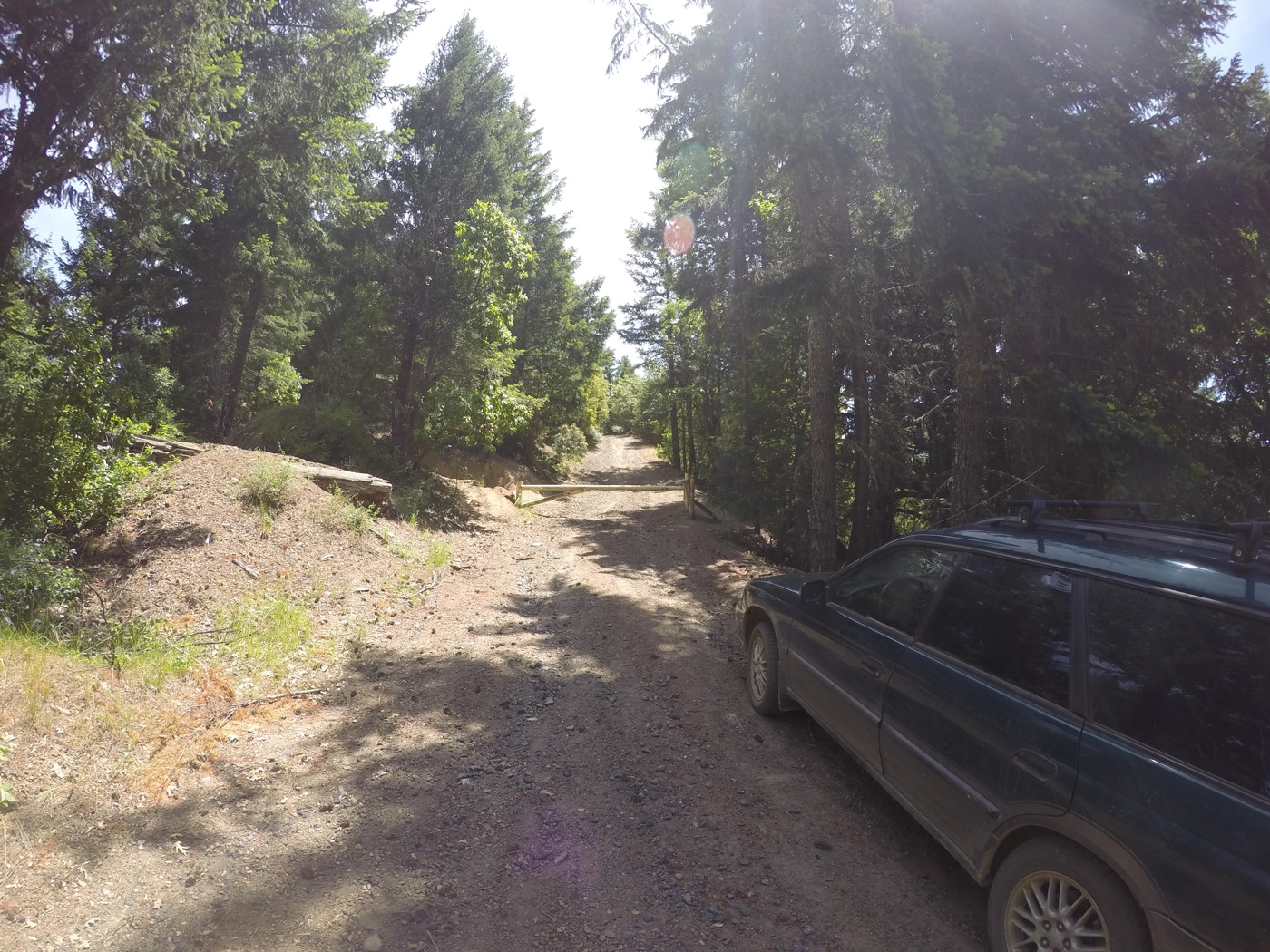 It took us a while to find the top of the mountain, because I lost the road somewhere along the fresh clear-cut. Things just did not look the same as they had years earlier. Once we did find our way, we climbed up to the top, and enjoy the amazing view of the Illinois Valley below. 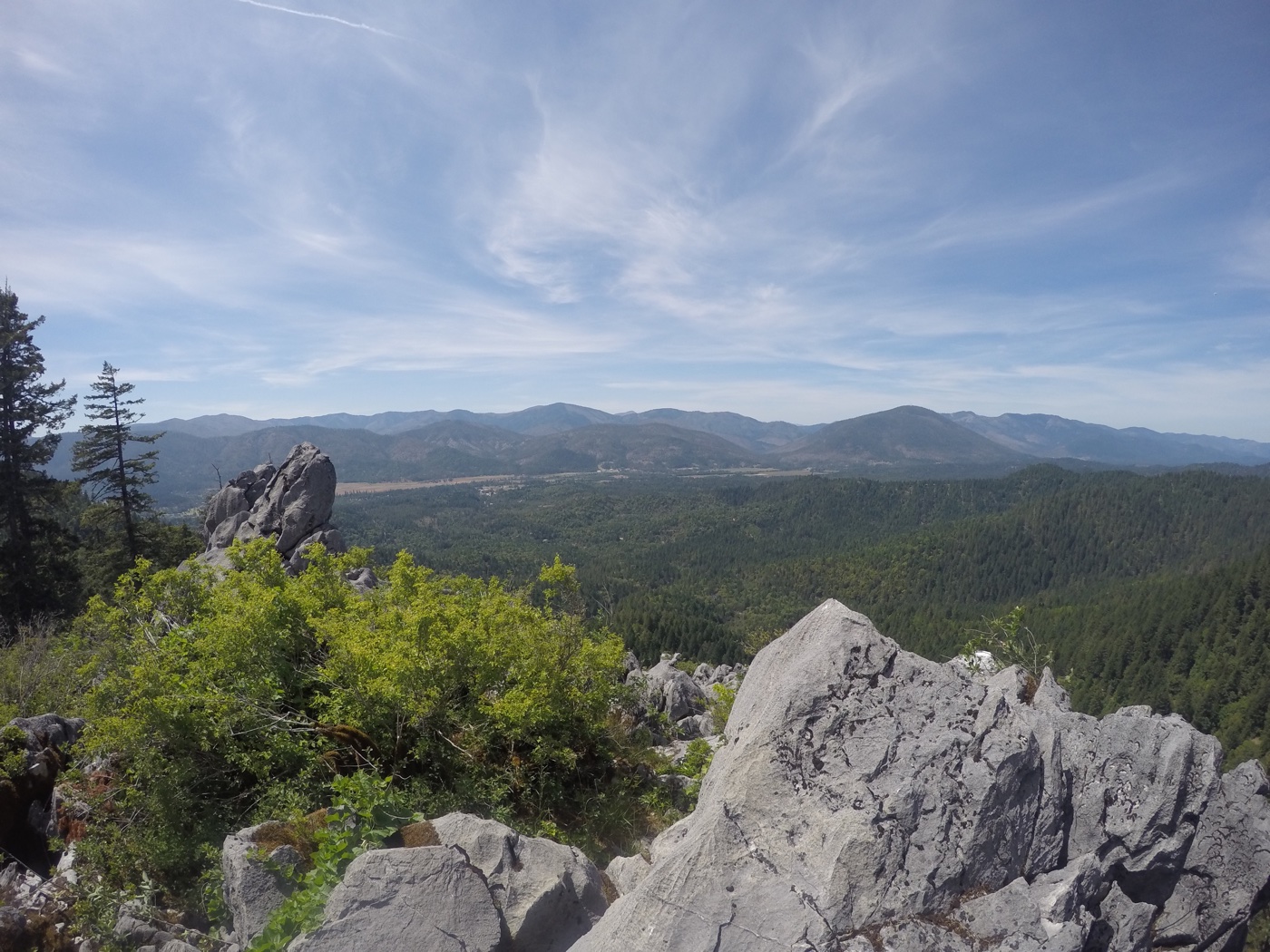 Limestone Rock was a successful outing, mostly because it allowed me to revisit something from my youth. But also it got our hearts pumping, and it resulted in some pretty nice drone footage – which this is all about! 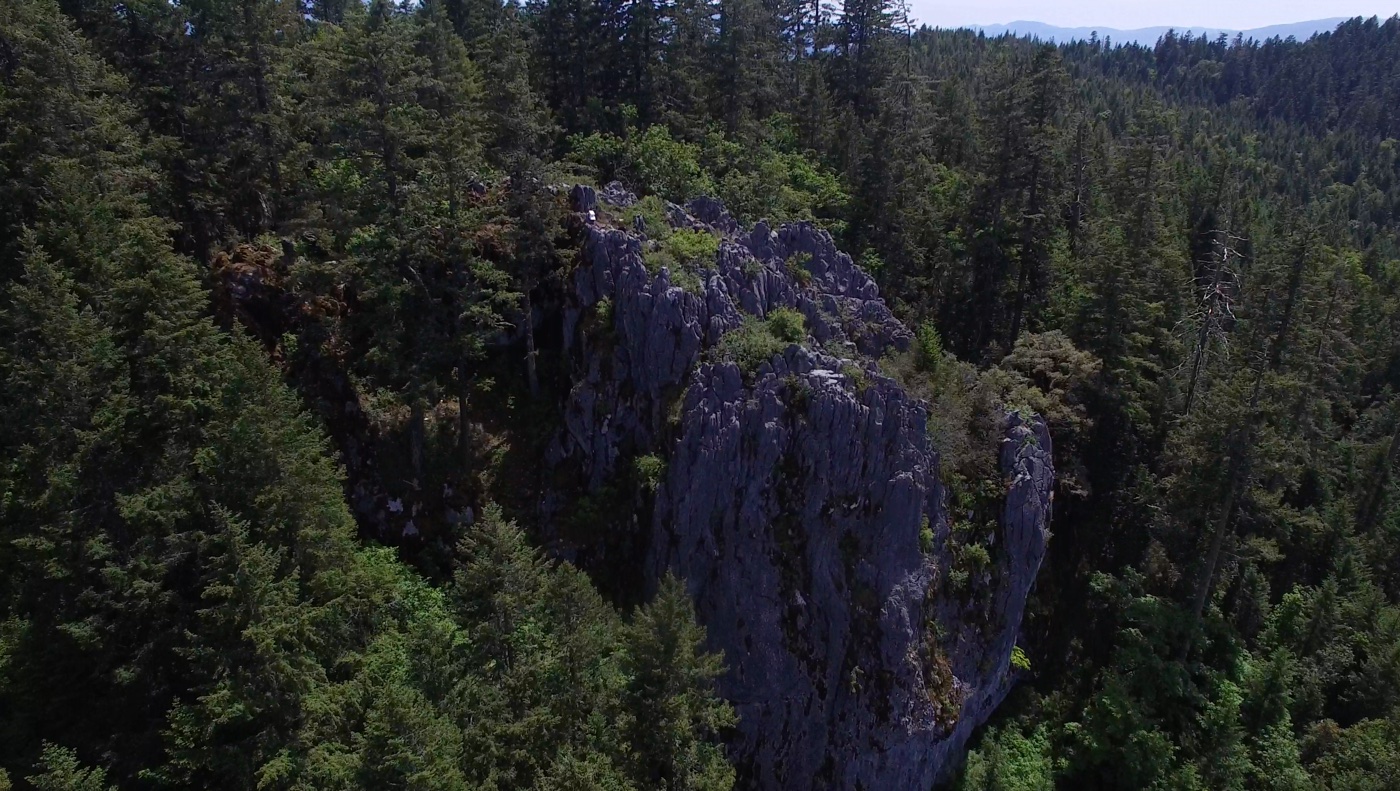 (There are lots more photos as well as the drone footage from this hike.)