You can get to Peterson Mountain by driving just past Hallelujah Junction outside Reno, Nevada. Aptly named, and that is where Drone Recovery was born. The idea of this site started to come together as we drove through the Sierras out of Los Angeles but was cemented in the hot sun and dirt of Peterson Mountain.

You would not think the mountain is any more special than the other mountains and hills around you as you drive north on Highway 395 from Reno. But just beneath the dirt, there are quartz crystals of all shapes and sizes. This is what we initially decided to focus our time and energy on: moving dirt and looking for crystals in the hot desert sun.

As we rolled into Reno and began gearing up at the local hardware and military supply stores, I had another idea: let’s get a drone to help us see the mountain from above and find the best places to dig. After a little research I settled in on the DJI Phantom 3 Pro, which I quickly procured from a local Reno shop called the Drone Store.

The first day on the mountain, we spent much of our time finding the correct road, then getting familiar with the mountain, looking for where folks had already been digging. We did scratch around in some of the already existing holes, and we scanned the hillside for any loose rocks, but we didn’t do any drone flying — that would come the next day.

Day Two on the mountain, with drone in hand, we headed up the hill from Reno. We quickly made it up to the main parking area for the mountain where we noticed two separate vehicles already parked. Their occupants were already up the hill digging away. We quickly got to work unpacking the drone and setting up a potential take off and landing pad for it to use.

After about 45 minutes of messing around with the equipment, we realized the drone needed a series of driver updates, not just for the drone itself but for its controller and even the battery. We were able to get some of them updated via a iPhone-enabled WiFi hotspot, but ultimately we were unable to get them all successfully installed so that we could make our first successful drone flight. Tomorrow, we figured. Instead we would dig rocks.

As we prepared to head up the mountain to dig, we both agreed that we should work on an existing hole that we’d found the previous day during our scouting - a hole in which someone had clearly found something, as it was deep and had been dug in a particular direction, as if a pocket of quartz had been found. We set up camp about halfway up the mountain and got to work digging. 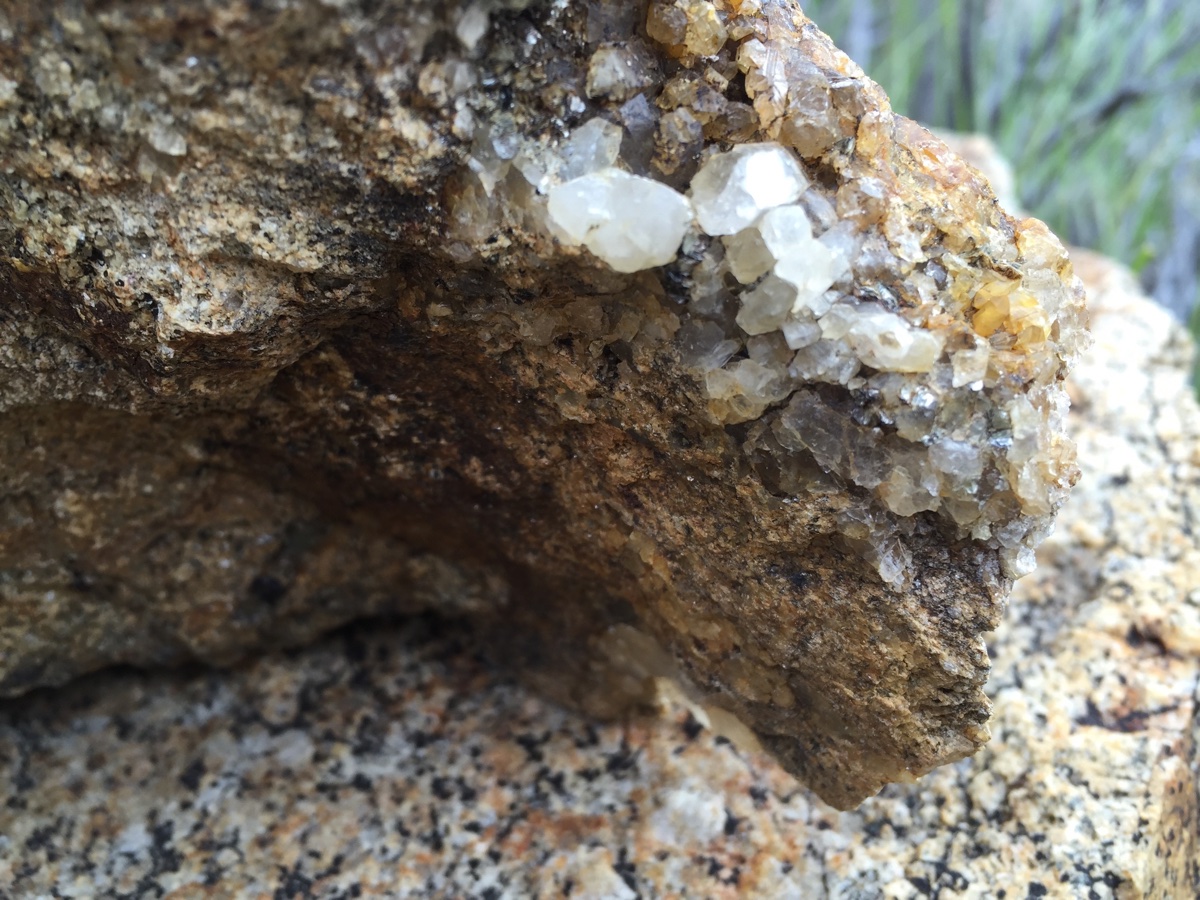 I don’t know if you have ever dug for crystals, but it is gloriously hard work. You have dig, dig, and dig, but you have to do it carefully, because if you are lucky, every couple inches you find some gems. Some are prettier than others, and many are not fully formed crystals like you’d expect. But with some hard work, you can find some serious gems. Just when you start feeling too tired to keep digging you find another, and another! It’s enough to keep you going, fueled by some sort of gem fever. As you come across balls of mud and strangely shaped rocks, you realize with a little scraping and rubbing, some of them become well formed crystals — something that slows you down, forcing you to be more thoughtful with each shovelful of dirt. That thoughtfulness was omething we needed at this moment.

We left the mountain with the bottom of our bucket full of gems, some of which were some pretty nice quartz crystals. It was enough to make us agree to come back another day. Tired, we headed back to Reno for some BBQ and sleep. We wanted to try for another drone flight the next day too, but we were also itching to get back into that hole and find more shiny gems.

On the third day we headed up to the mountain again, and we quickly setup our drone, fully ready for flight. The kid took the controls — it was in the air, camera feed working, and the flight recorder was functioning properly. After getting his bearings, the kid propelled the drone down the mountain range far beyond what the eye could see.

Within a minute or two, his face went pale, and he jumped up and said, “I’ve lost contact with it!” We both freaked out a little, not knowing where the drone was or what we would do. Almost as soon as we had lost our shit, he announced, “It’s back!” (It has a return home mode!) Within a few minutes the drone was hovering above us, landing almost precisely where it took off from — amazing technology! 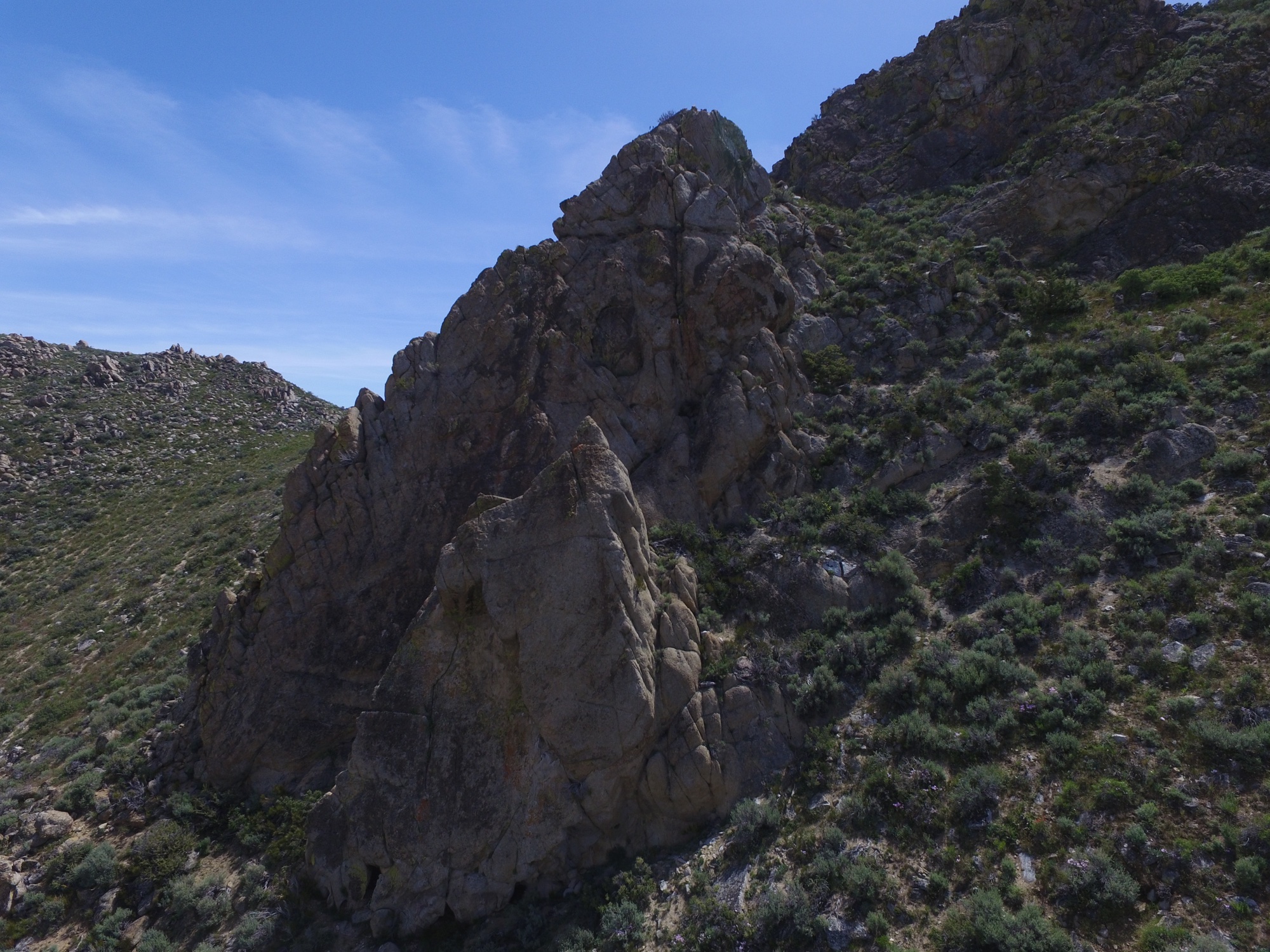 After a couple more flights, in which we filled our SD cards with photos and video, we packed the drone up and put it back in the truck we’d rented. We pulled out our mining gear. We headed back up the hill to the same spot where we had been digging the previous day. We spent almost six hours digging, regularly pulling out gemmy-looking stones, which we put in the bucket even if they weren’t perfect, maximizing our time in the hole.

By the end of the day we had a bucket of gems and an SD card full of video of the mountain. We were tired. We were satisfied with both our first drone flight, as well as what we had pulled out of the ground on the mountain. There is something about the combination of digging in the dirt, the sun baking down on you all day, and the amazing views of the desert that leave you feeling more grounded, we decided.

Peterson Mountain was exactly what we needed to kick off our summer of drone recovery. It got us out of the city and into the mountains. It gave us something to work towards that would take our mind away from our problems. It put some oxygen in our lungs and some dirt under our fingernails. It made us feel a little more alive — at least more than we had when we first left Los Angeles.

Drone Recovery was born on Peterson Mountain. We took our first flight there, and we committed ourselves there to a summer of outdoor activity. While we have no idea what the summer will hold for us, we at least now had a direction and a focus: something that would help make us physically stronger and would remove us from the city, while also still playing with technology and keeping our minds active. 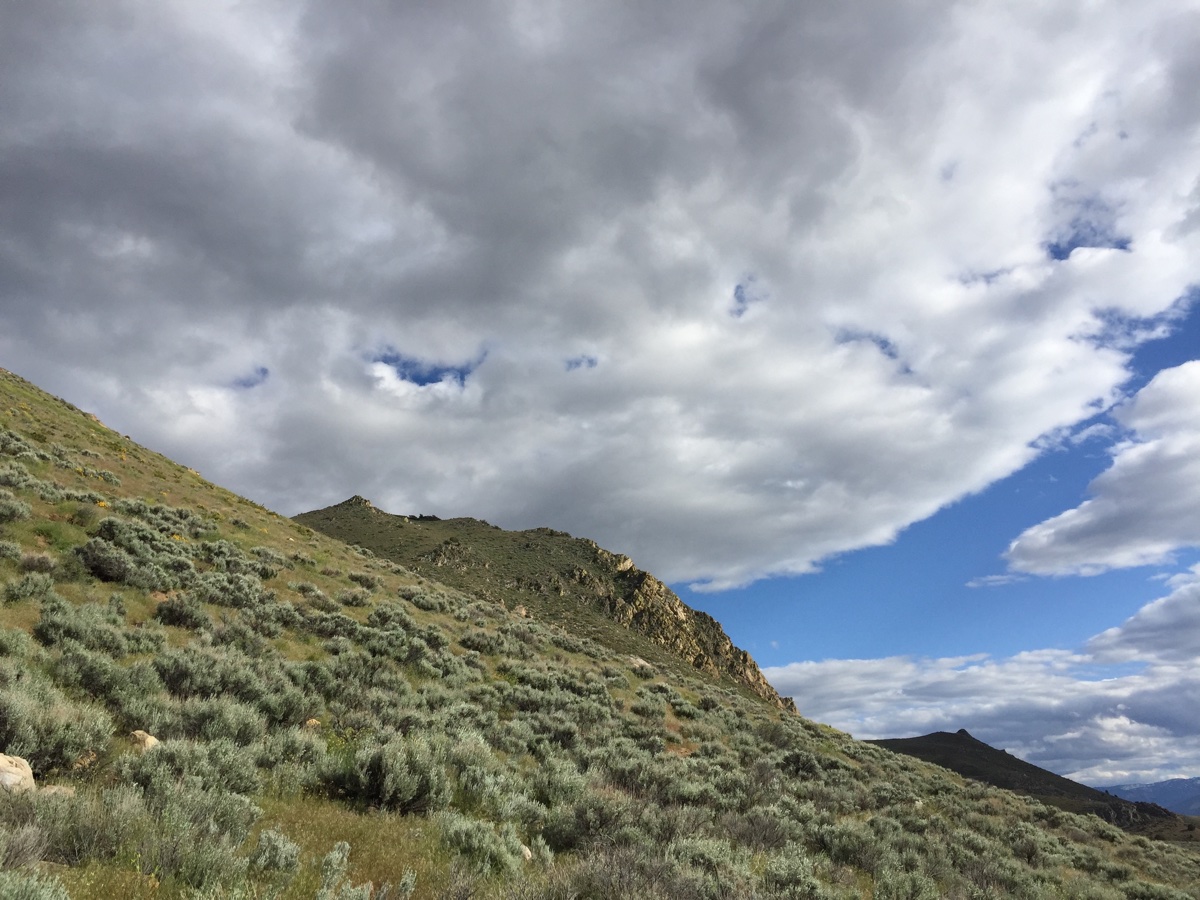 (Check out the photo gallery and the drone footage from this hike.)