When we arrived at the Oregon Caves National Monument in Southern Oregon for the first real hike of our adventure, it was raining. But the sunshine kept coming out briefly, making us feel like we had to continue the hike even though we knew we’d come out of those misty mountains soaking wet. 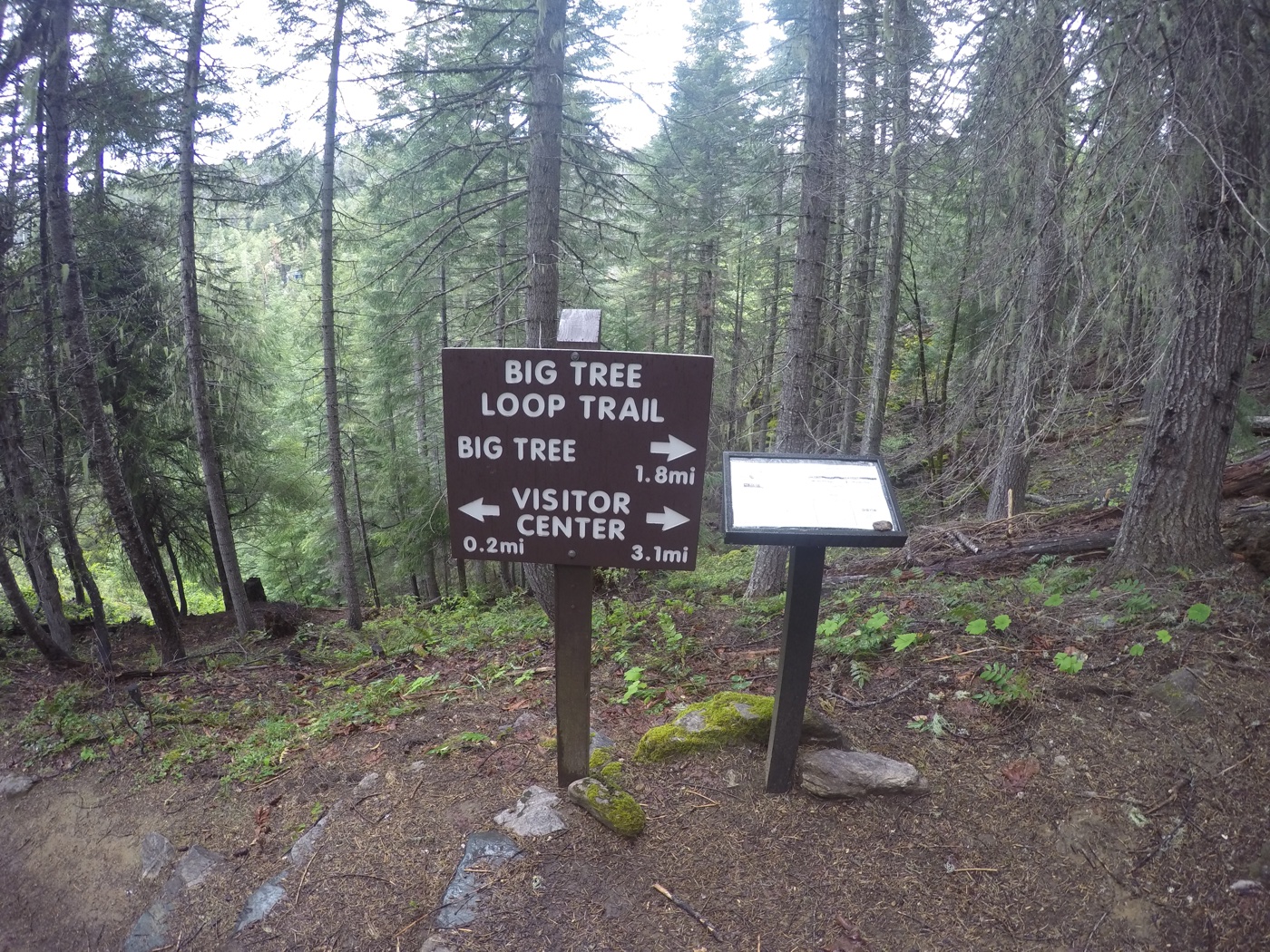 We had worked hard on Peterson Mountain digging for crystals, but it was all an “upper body” workout. Here we embarked on a couple mile hike, much of which was uphill. It worked us. We had to stop regularly, and with the rain starting and stopping every 15 minutes or so, we spent a lot of time sitting under the cover of conifer trees, catching our breath and hiding from as many raindrops as we could. 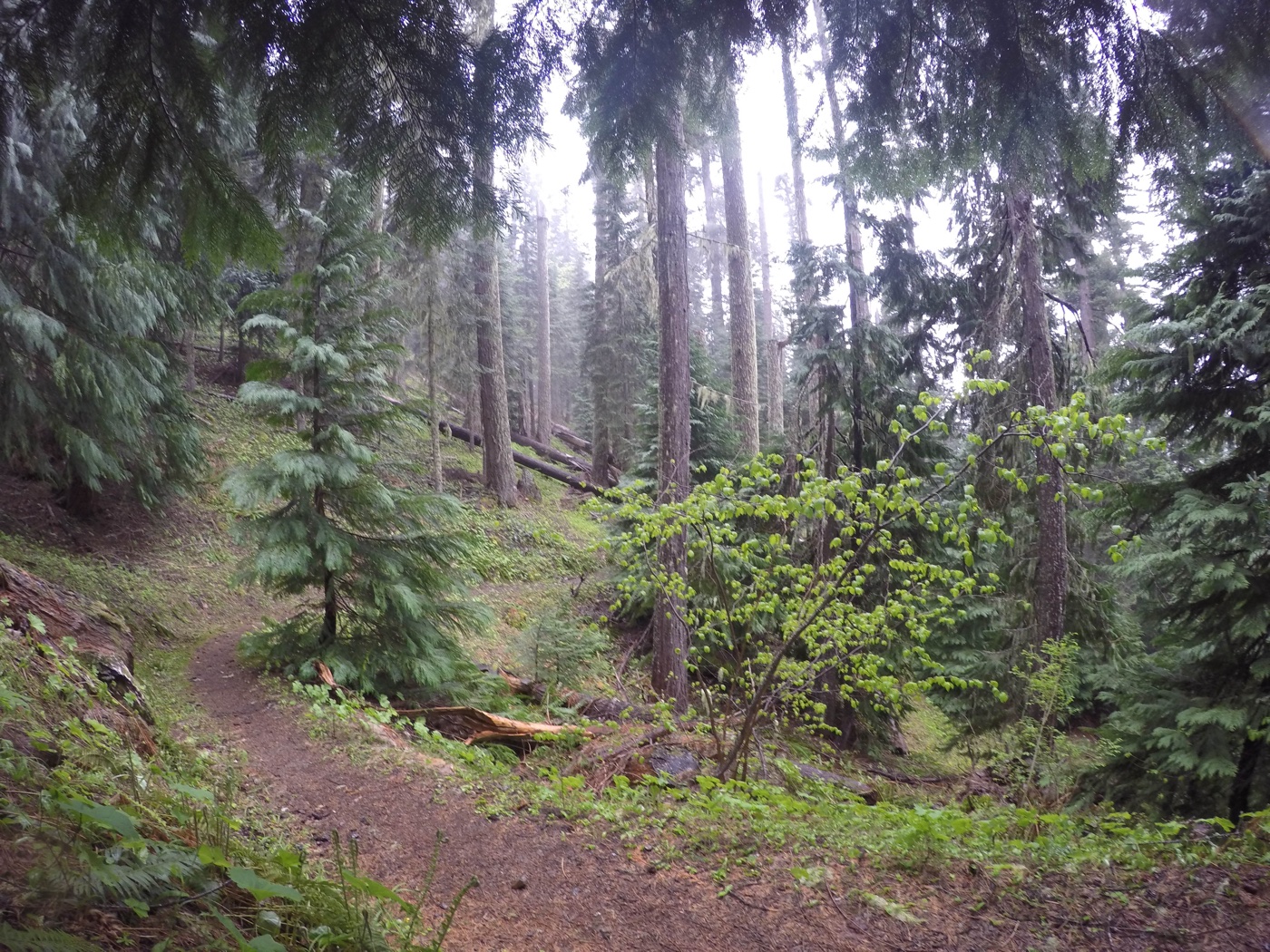 About halfway up the trail we reached a meadow, and with the sun shining for a brief few moments, we decided that we would attempt a drone flight. We got all set up, but then we realized that the battery temperature seemed to be an issue. It was too cold and too wet. This proved to be a problem that would prevent us from flying, but we thoroughly enjoyed hanging out in the meadow. 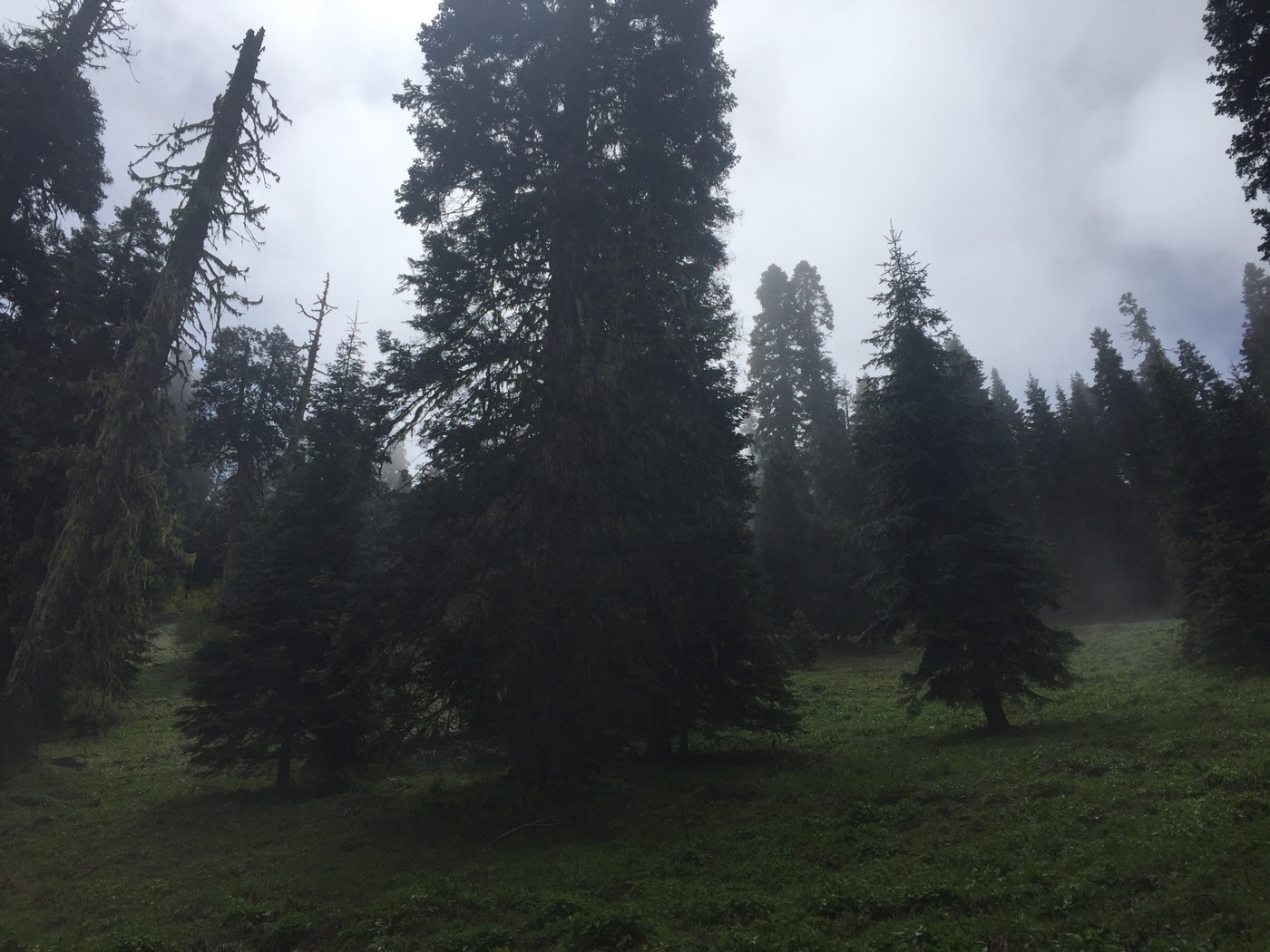 We continued on to the “Big Tree,” which is the widest Douglas fir known in Oregon. We set up the drone again, only to be thwarted by the battery temperature problem. Again. We hung out with the Big Tree for a good 30 to 45 minutes, eating lunch and talking, before we started back down the other side of the loop. 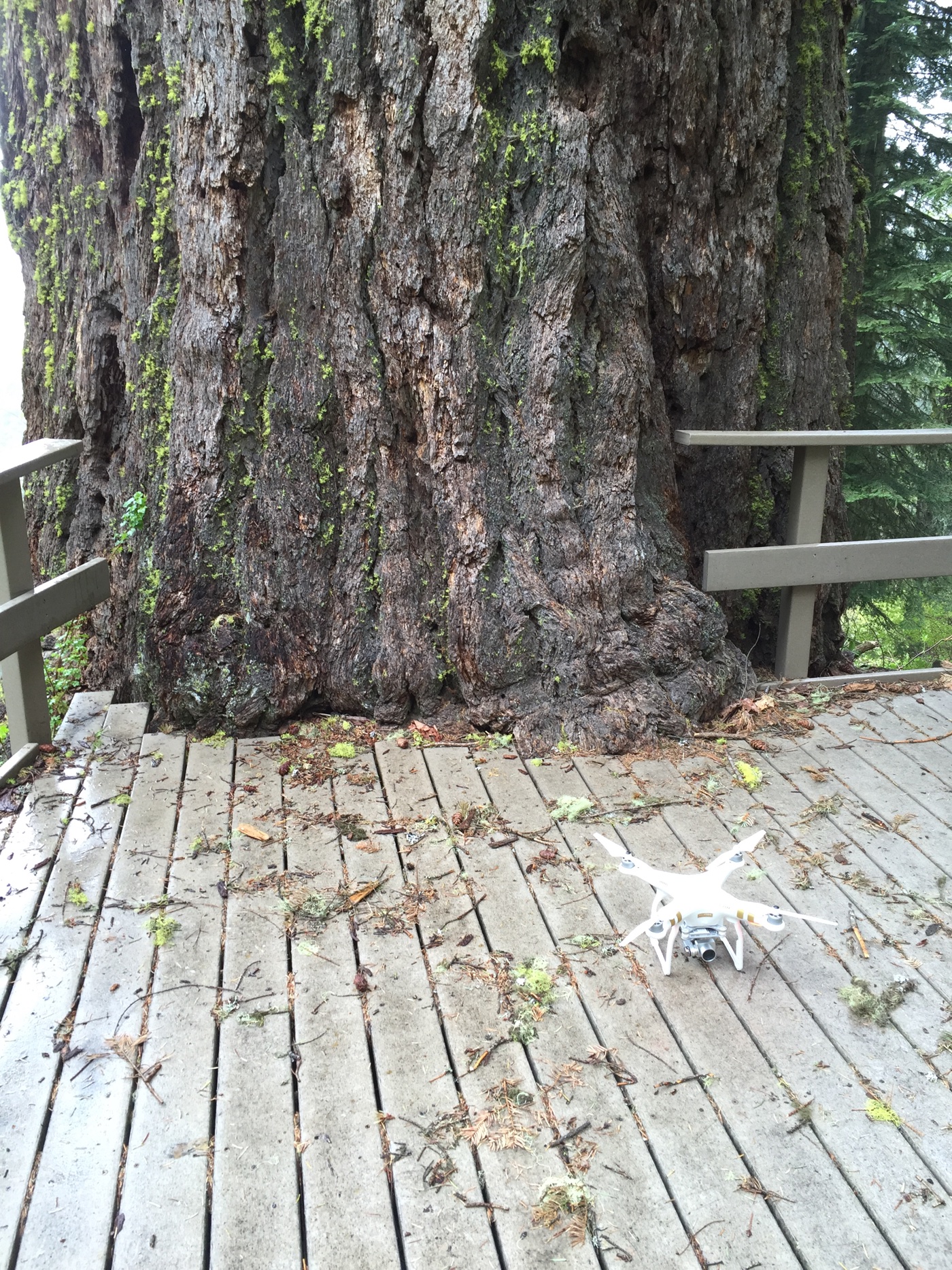 As we arrived back to the Oregon Caves Gift Store, and we walked by a fresh group of visitors preparing for their tour, we realized we were soaked to the bone. Just as we walked past the shelter of the gift shop, it began pouring rain, making the walk to our car undesirable. I looked around and saw the cafe in the Oregon Caves Chalet was opened, and I headed directly for the warmth of the restaurant. 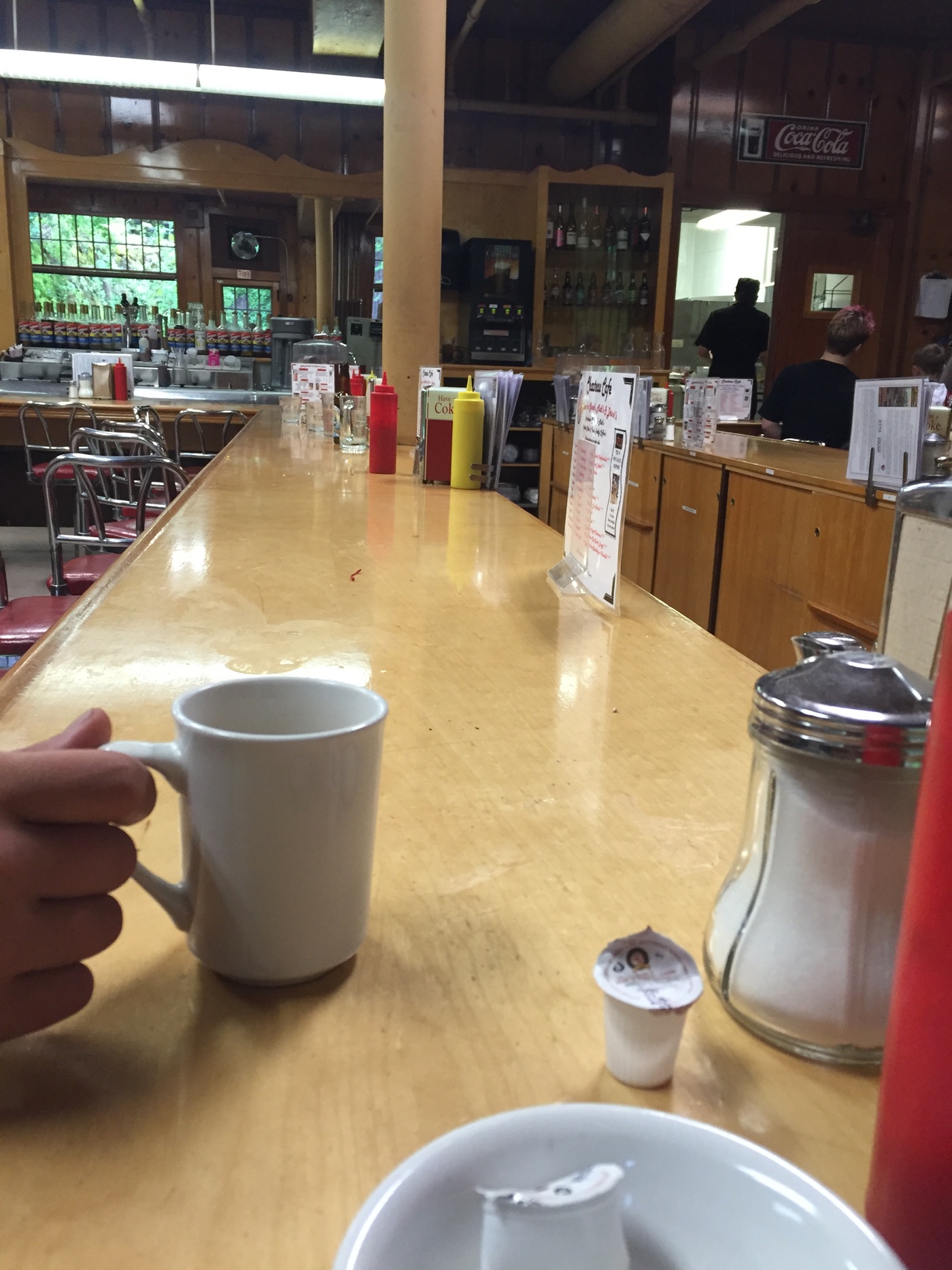 After warming ourselves over some coffee, we headed to the car, concluding our inaugural hike for the summer. It was wetter and colder than we imagined, and we didn’t get to fly the drone, but the hike felt good. The kid was energized, and so was I. It appeared this just might work. I couldn’t think of a better place to start this work, as the Big Tree Loop Trail was where I worked as part of my first job (with the National Park Service) when I was 14 years old.

In addition to working on the Big Tree Loop Trail, during that summer of 1986, I worked on extending the parking area at the caves, adding a picnic area, and fence to the existing parking lot. 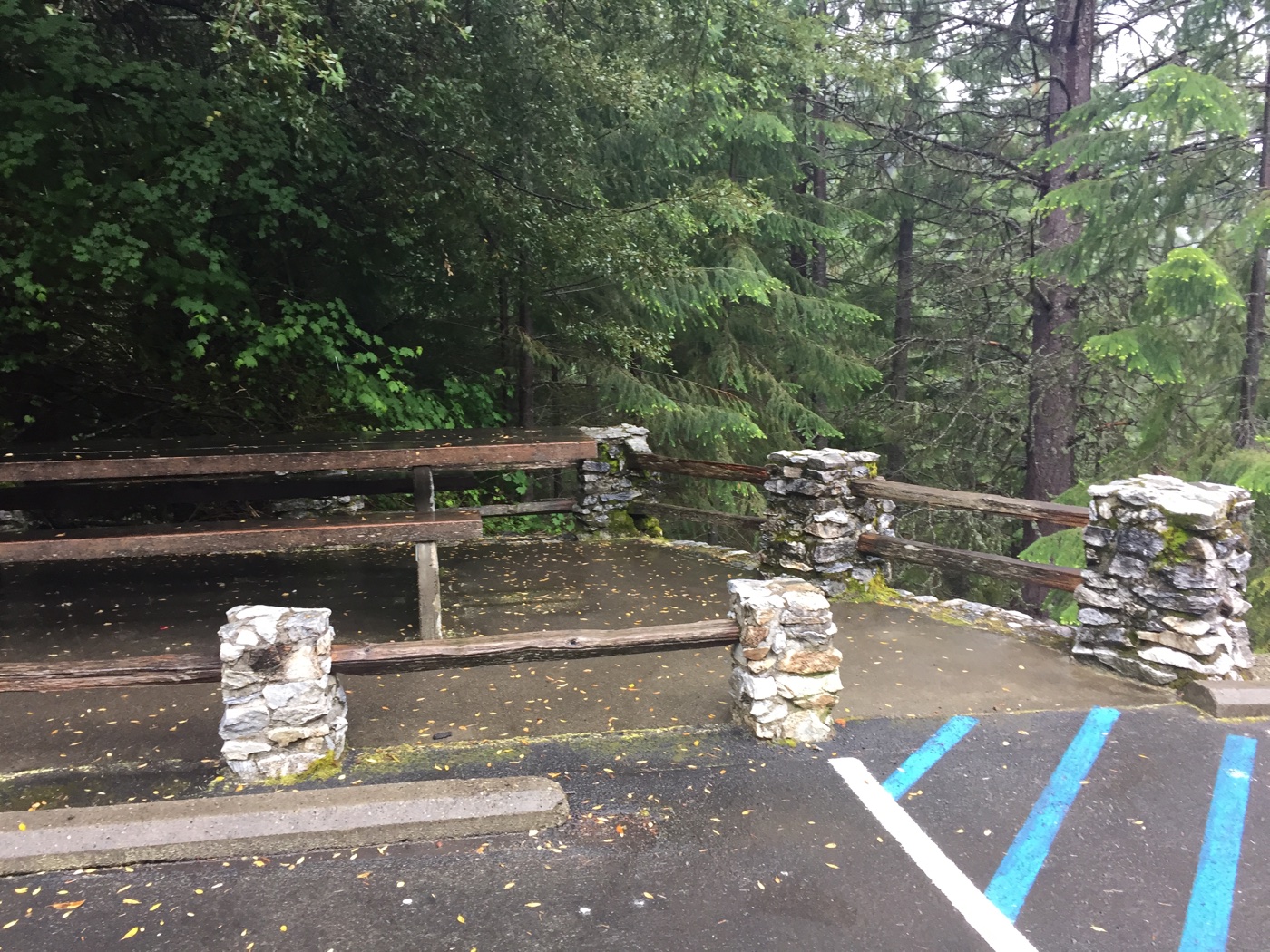 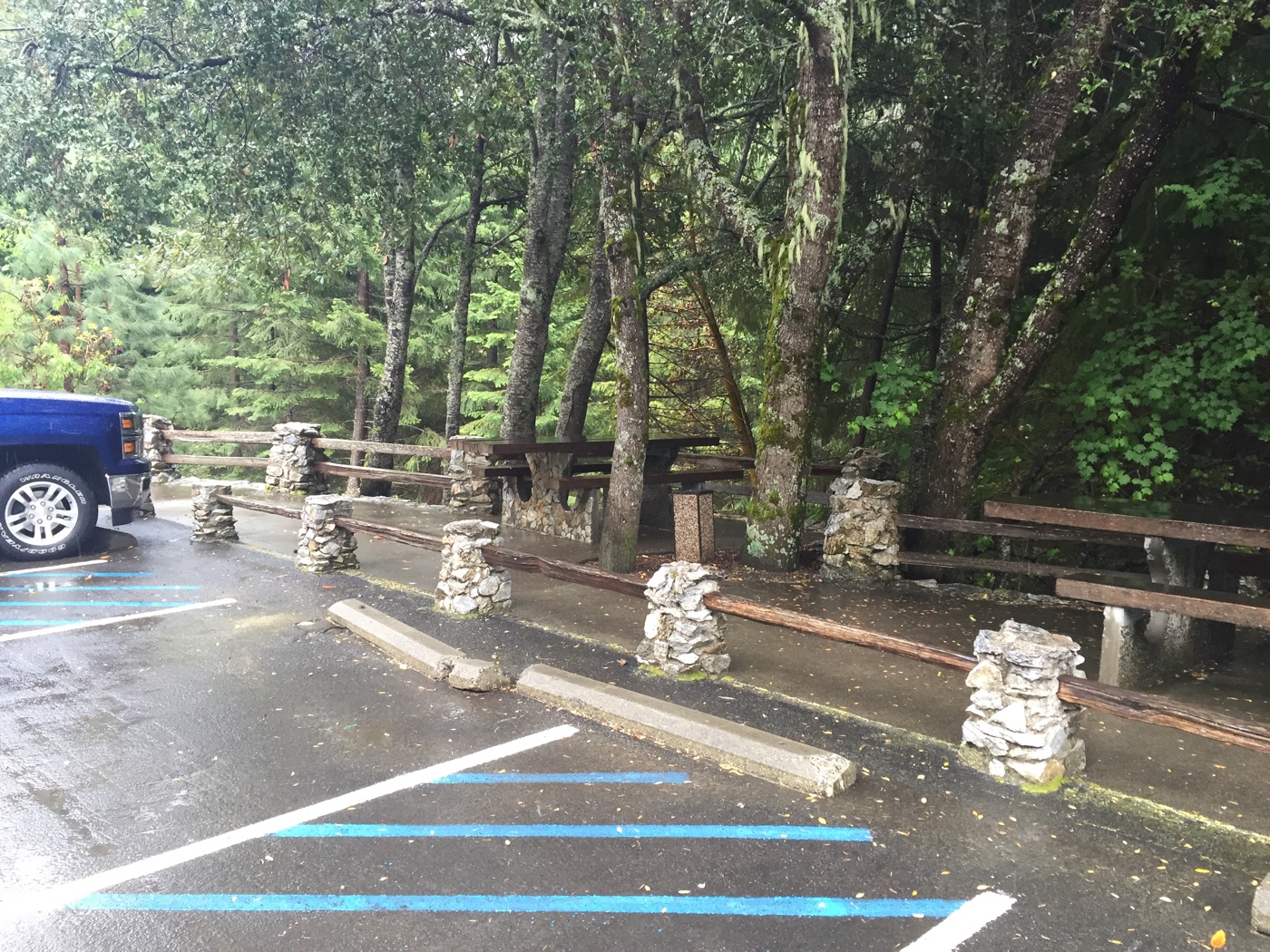 It made me happy that this work, something that influenced me greatly, was being paid forward in a different way: almost 30 years later, this work marks the stop where we take off on this important journey.

(You can find more photos from our hike here.)