I’m trying to keep each day’s hike a little different from the previous day’s, and after doing such a rugged hike to Rainie Falls, I wanted to head back over to the lusher side of the valley to hike the O’Brien Creek Trail. This one takes you up to Grayback Meadows, a subalpine meadow on one of the higher peaks in the mountain range. 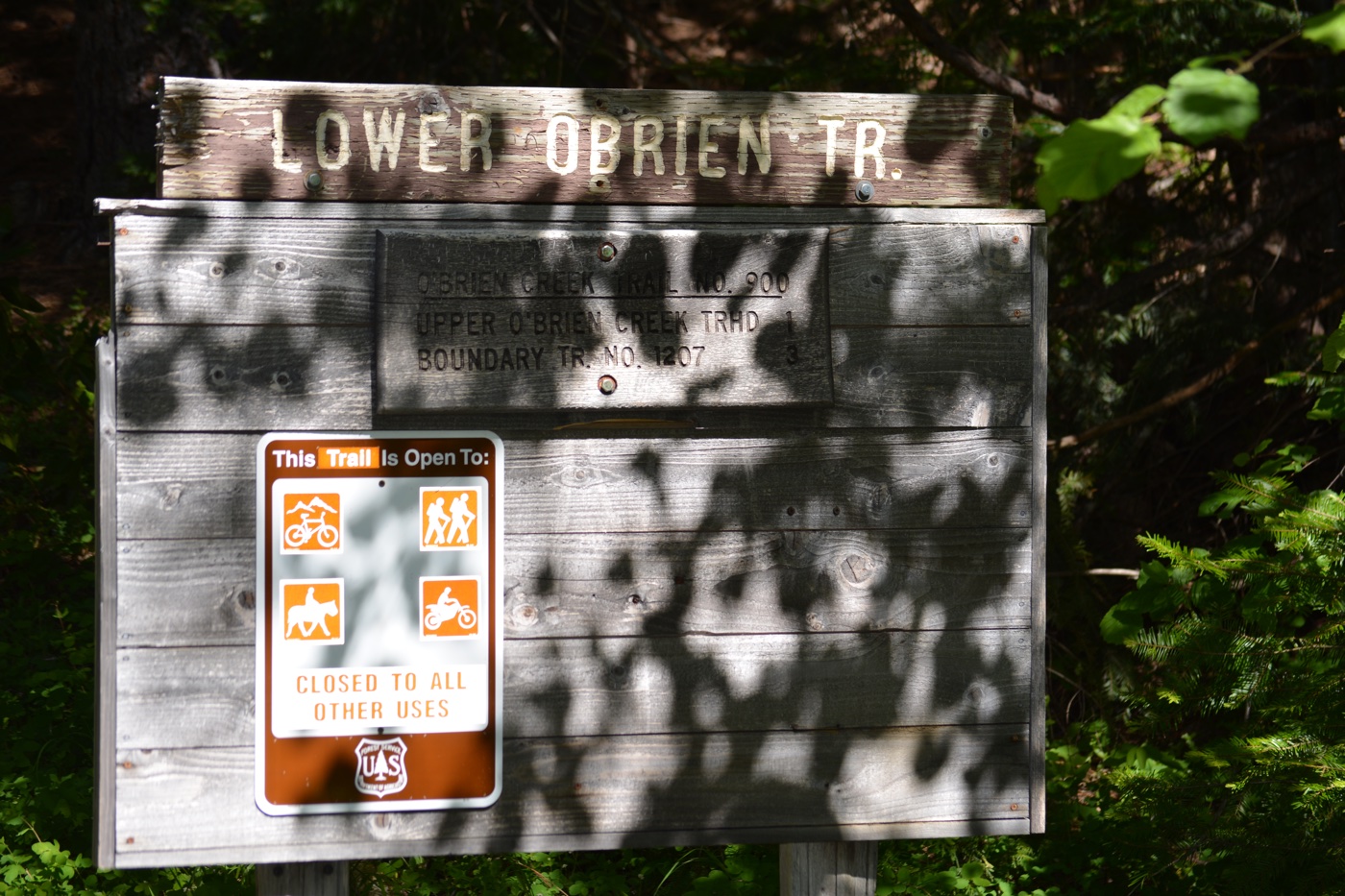 The trail starts off pretty easy, winding through beautiful forests, and it stays pretty level, gradually climbing up the base of the mountain. It provided us some much needed shade on a day that was pushing almost a 100 degrees on the valley floor. 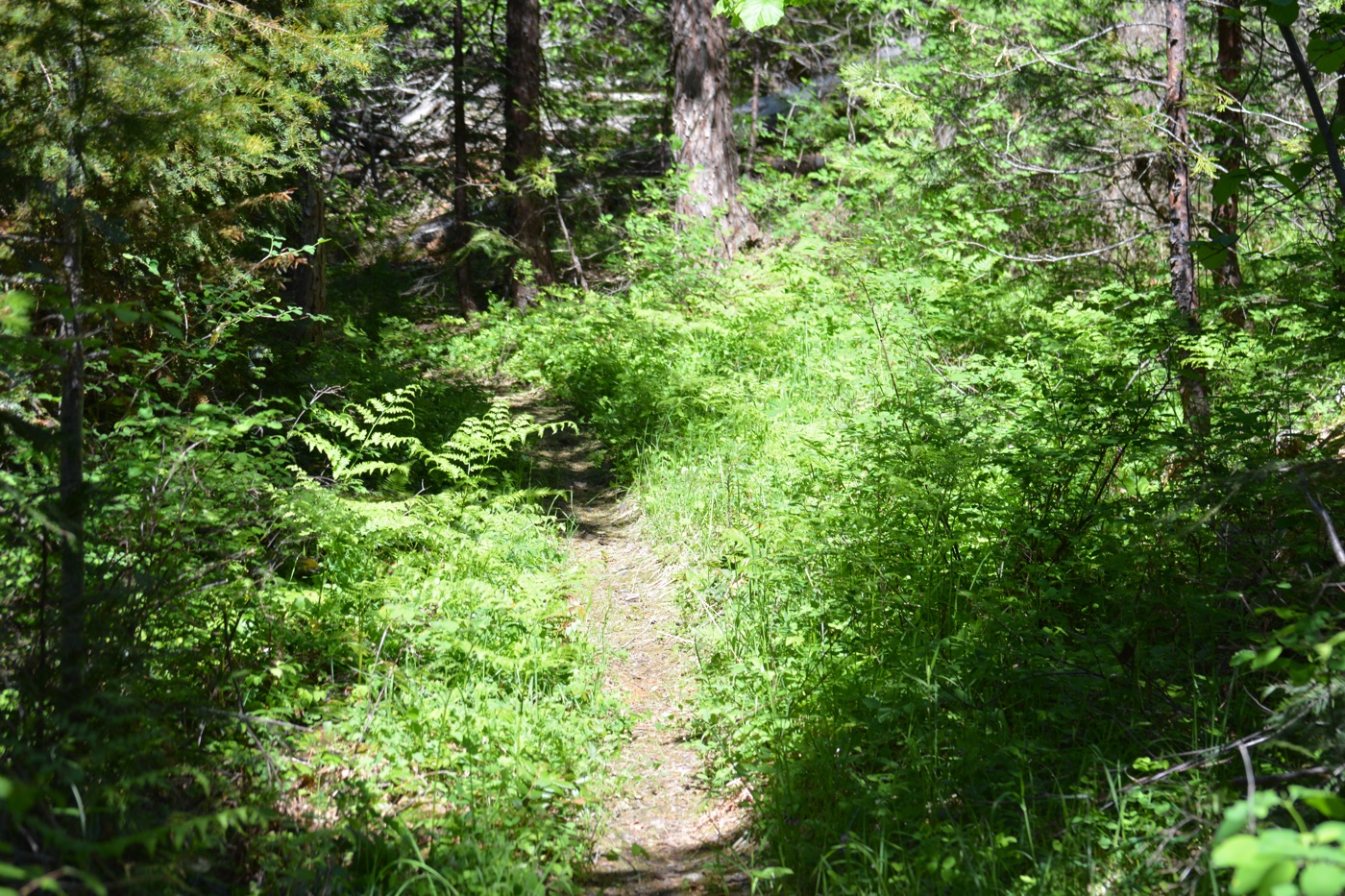 There are two trailheads for the O’Brien Creek Trail, the upper and lower. We chose to do the lower, which added over a mile to the trip. I’m glad we did because it took us through some of the lower meadows and wetlands, which made for a pretty cool and refreshing hike. 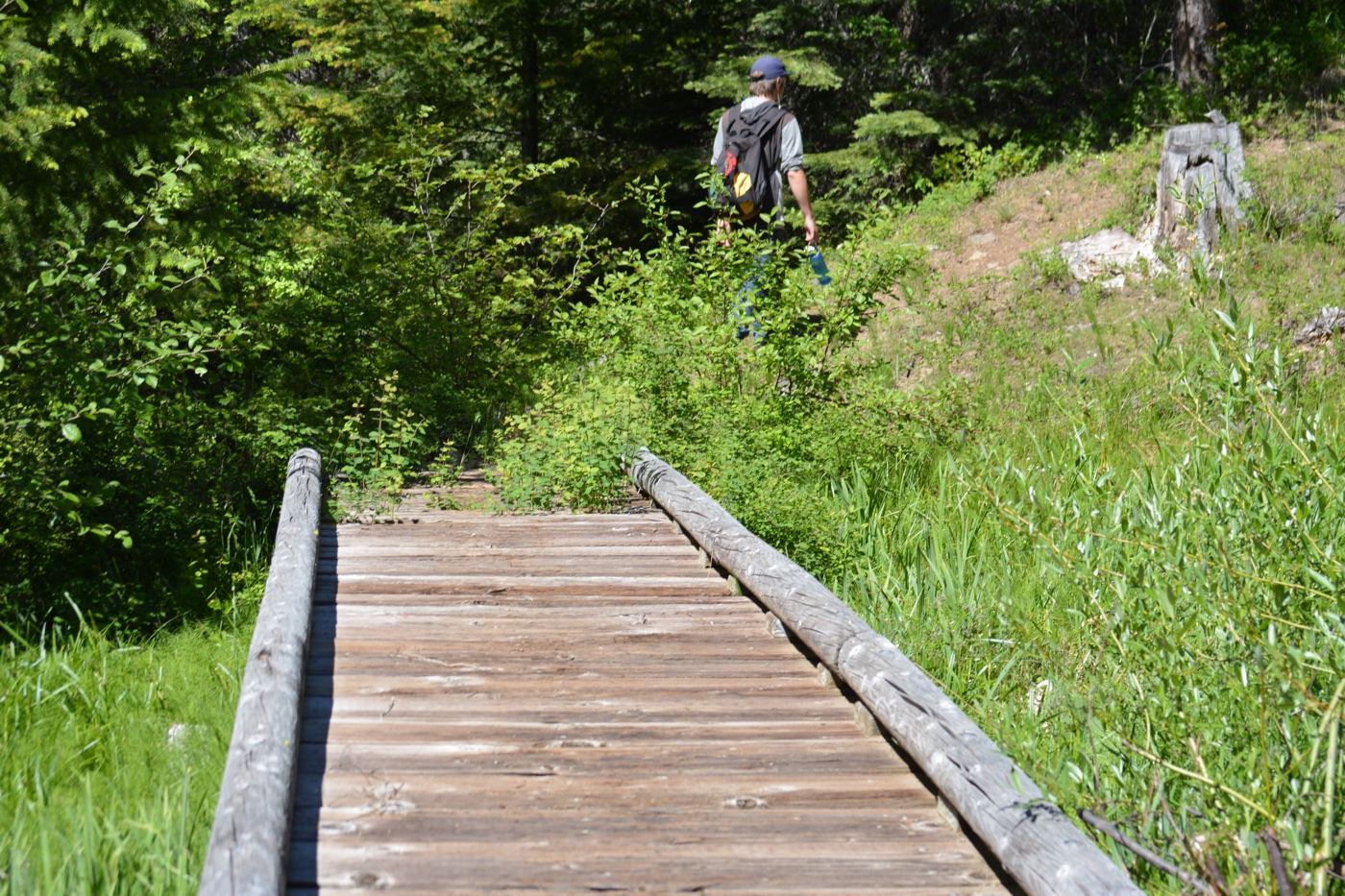 But it wasn’t long before the trail got steeper as it climbed further up Grayback Mountain, an ascent that was made more difficult with the poor condition of parts of the trail. There are plenty of old growth trees, creeks, waterfalls, and other things along the way to enjoy when resting, but the trail really becomes worth it once you get up about two-thirds of the way up the mountain to the meadows. 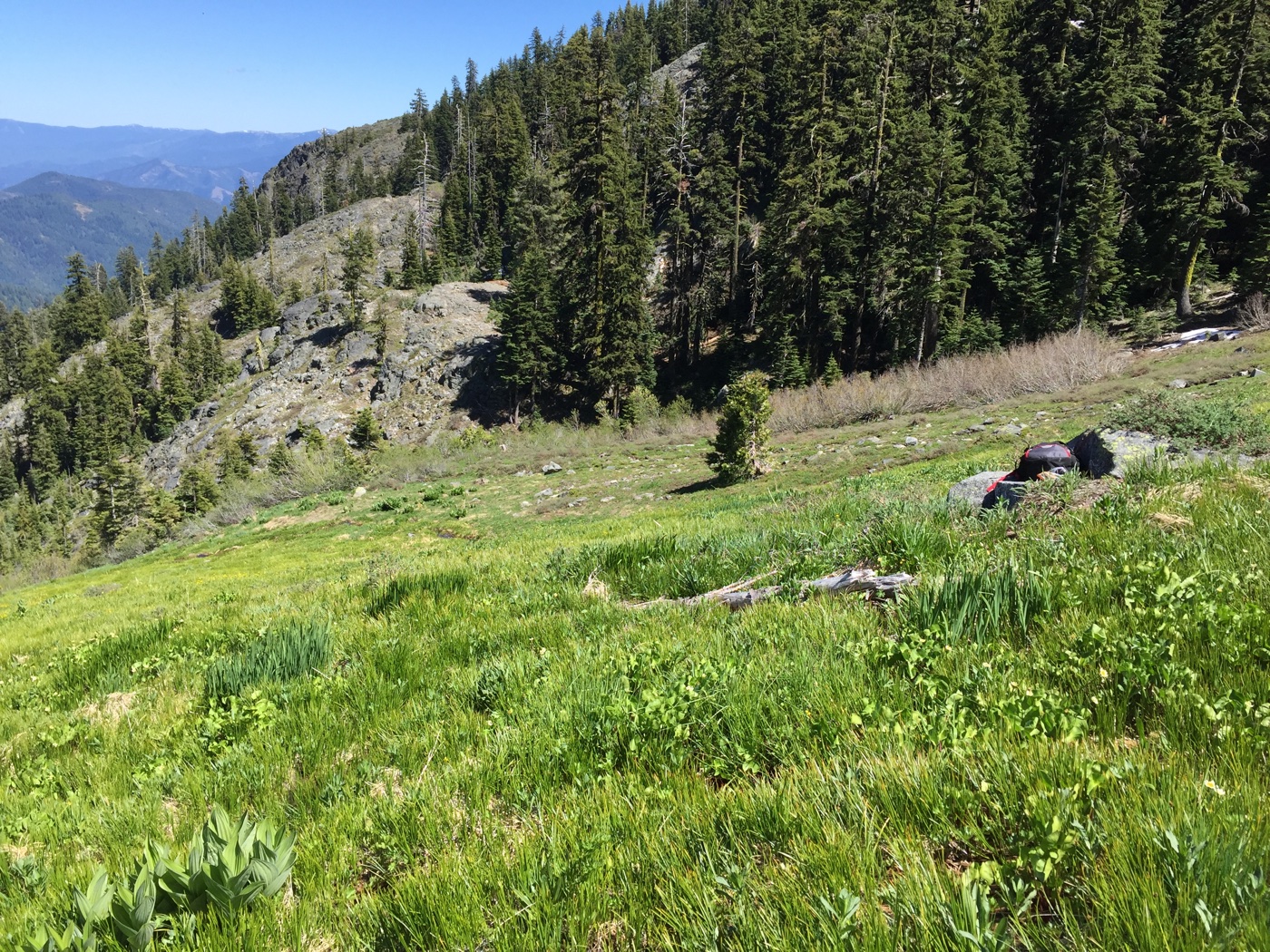 You can’t really tell from the pictures, but these meadows are actually creeks – that is, underneath the grass were flows of water created by the melting snow. You can walk on this grass, but most of the time you are sinking down in mud, water, and thick moist grass. It makes the hike across the meadow quite a chore.

After reaching a rock in the middle, I decided to take refuge from the melting flows there and to just soak up the amazing view. 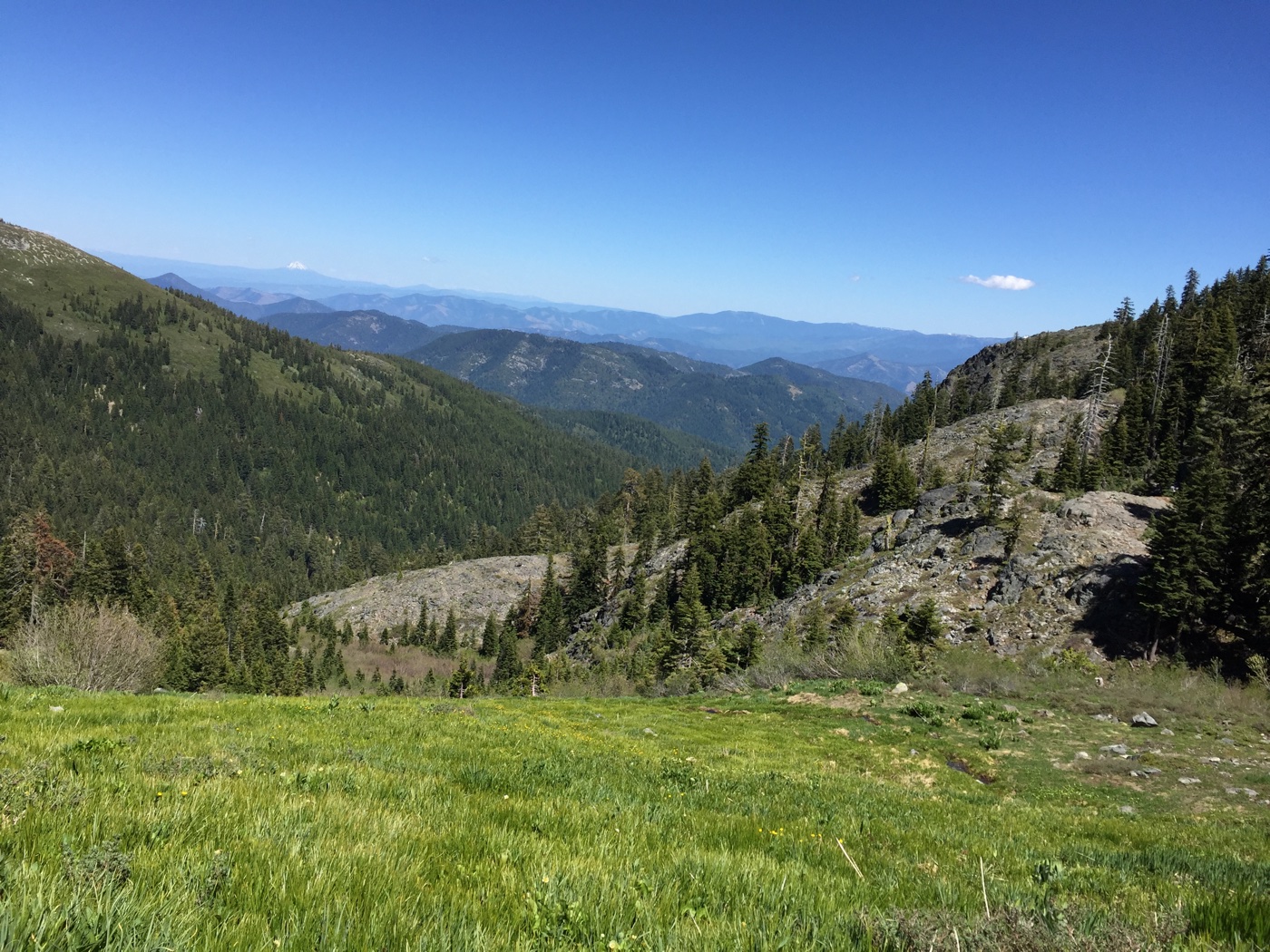 The kid wanted to fly the drone, so he grabbed the case and went to the only shade available in the meadow. There he unpacked the drone and carved out a landing pad in the tall grass. He is big on finding the shade so he can see the iPad interface on the controller. 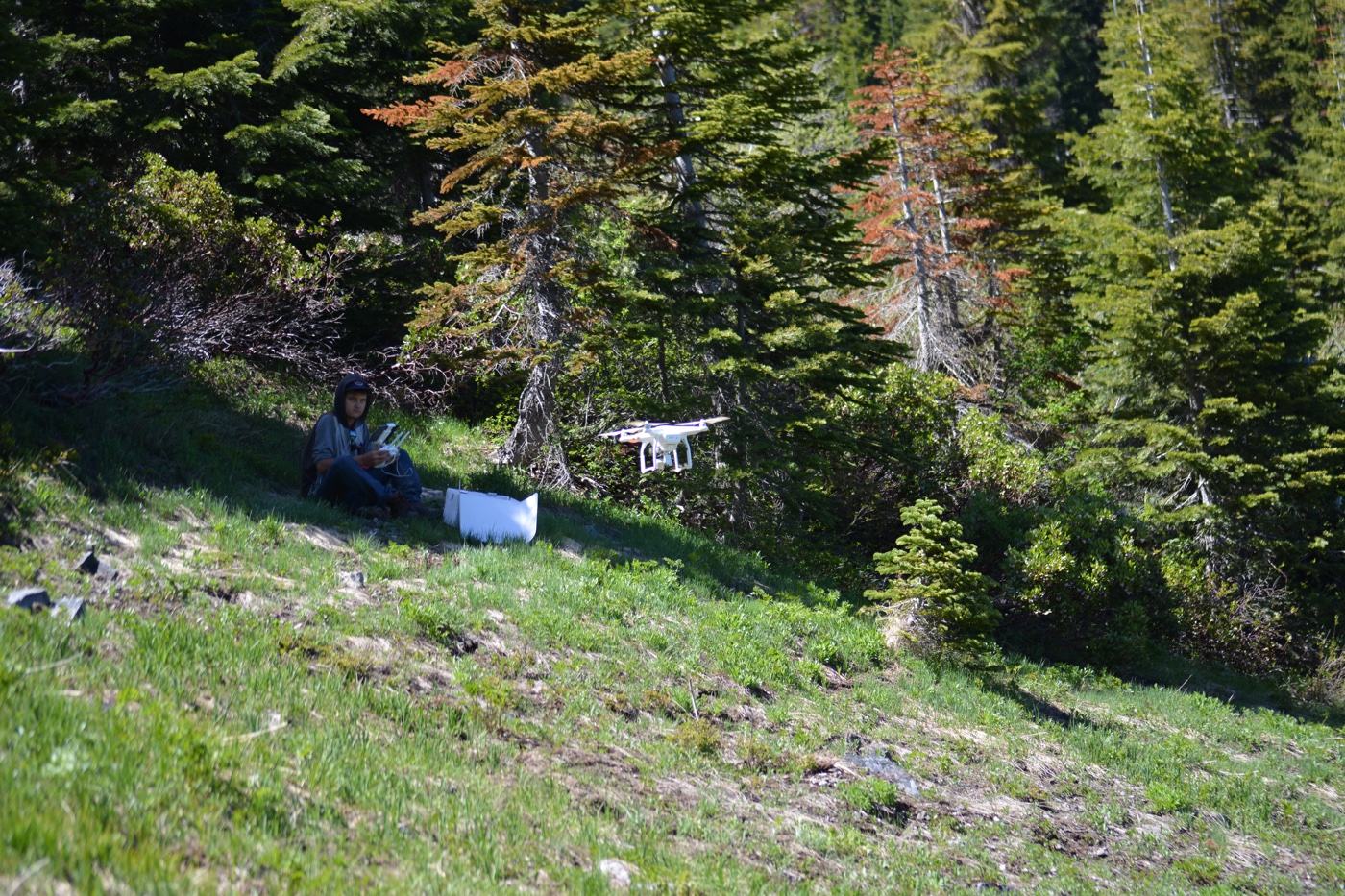 He got some pretty stunning video of the mountain, the meadows, and the views from Grayback Meadows. All I did was lay on the rock in the middle, watch him fly, and soak up the sun. The mountain meadow was pretty cool and relaxing compared to the heat on the valley floor that day. 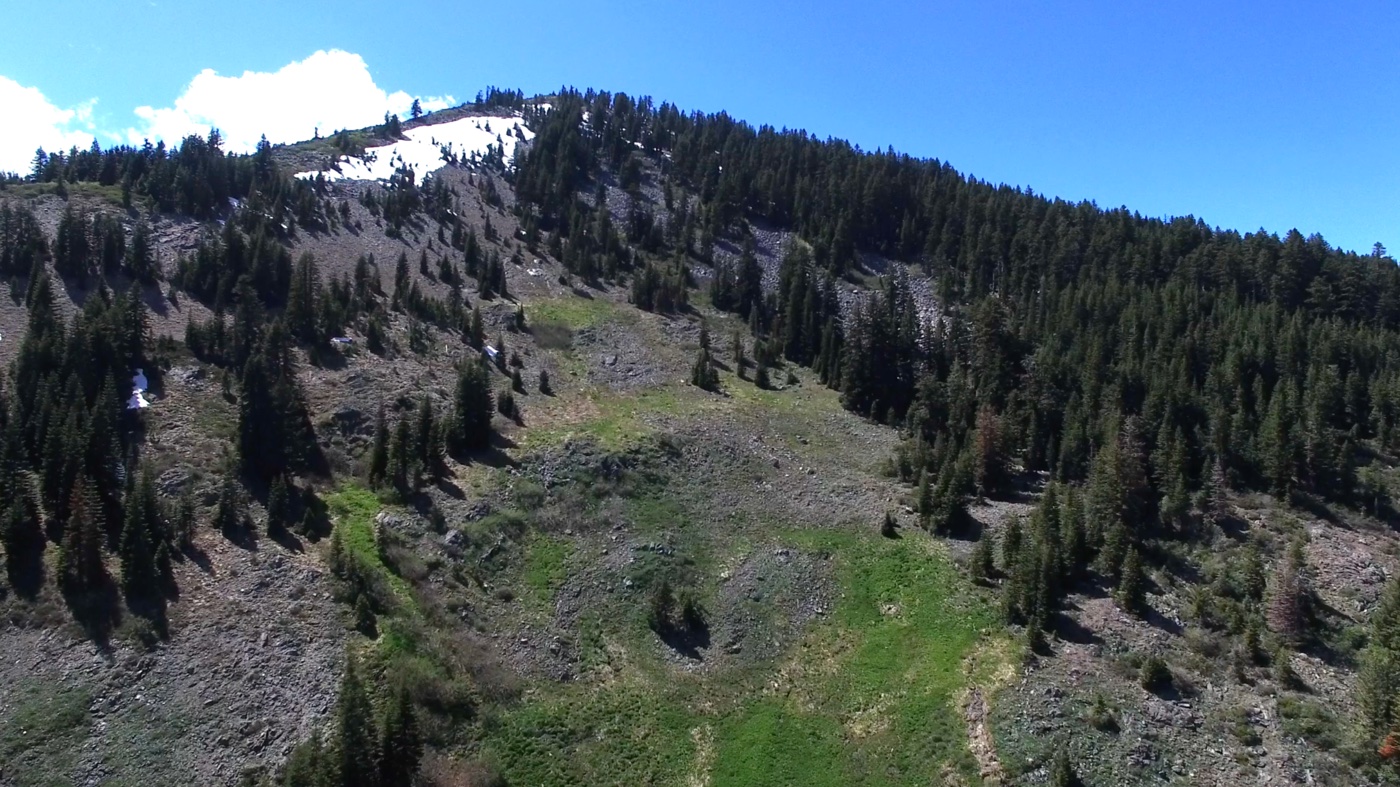 We spent probably about three hours in the meadow that day. I knew it was cooler to be there, than it was to hike back down to the base of the mountain. But both of us really enjoyed just soaking of the nice vibes in this amazing place. We filled up our water bottle with the snow melt, and we relaxed as the water flowed beneath us through the lush grass.

The O’Brien Trail up to Grayback Meadows is exactly the type of hike I’m looking for. We hiked nine miles that day on a fairly moderate level trail, with a pretty moving destination as part of the overall package. It always makes the hard work even more rewarding when you get to hang out in the cool air of a mountain meadow and to soak up the energy, before you head back down the mountain all hurt’n and sore.

It was the type of hike the kid (and I) needed. 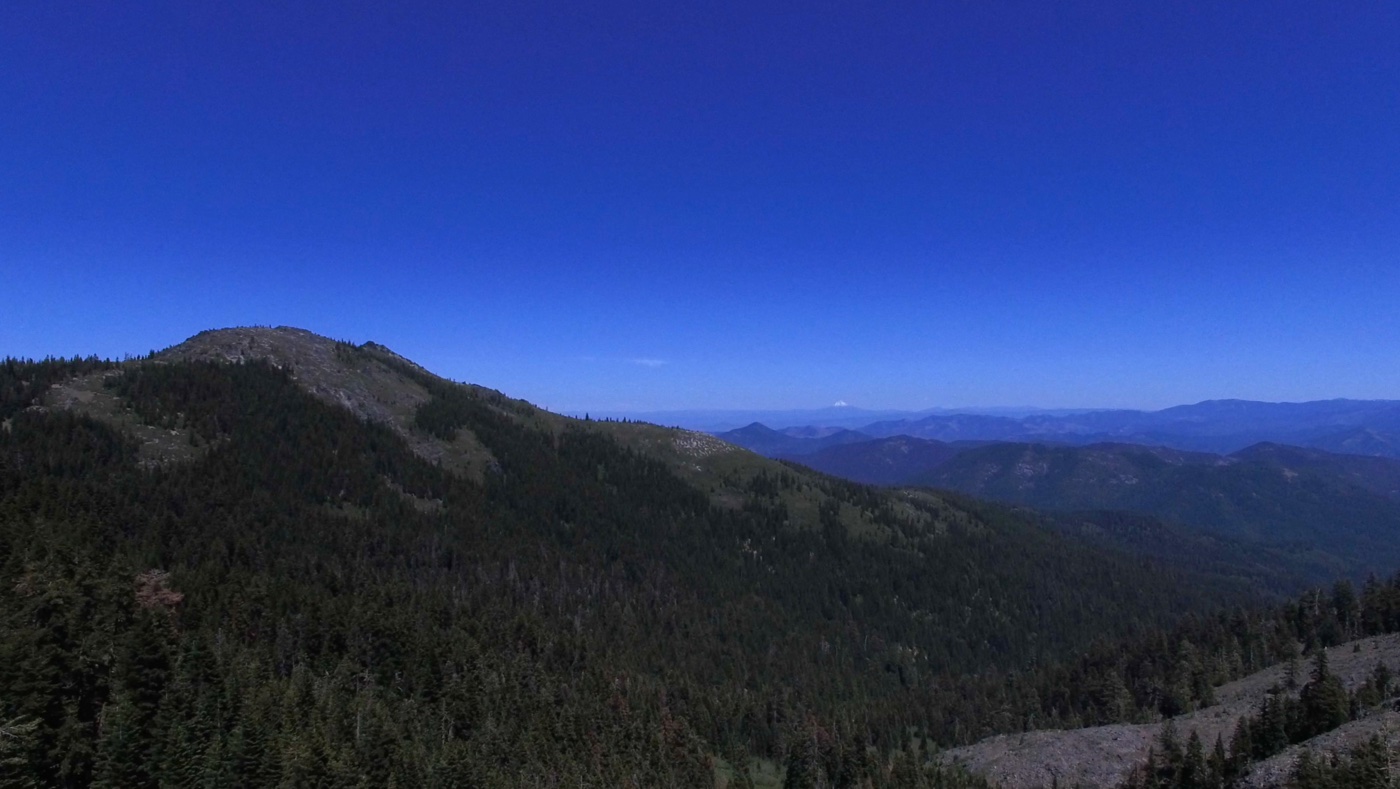