We had tried to get some drone footage of the swinging bridge on the Illinois River early on in our journey, but the weather hadn’t cooperated. So after we recovered from our Bolan Lake hike, we went back to the river early in the morning to see if we could fly the drone. 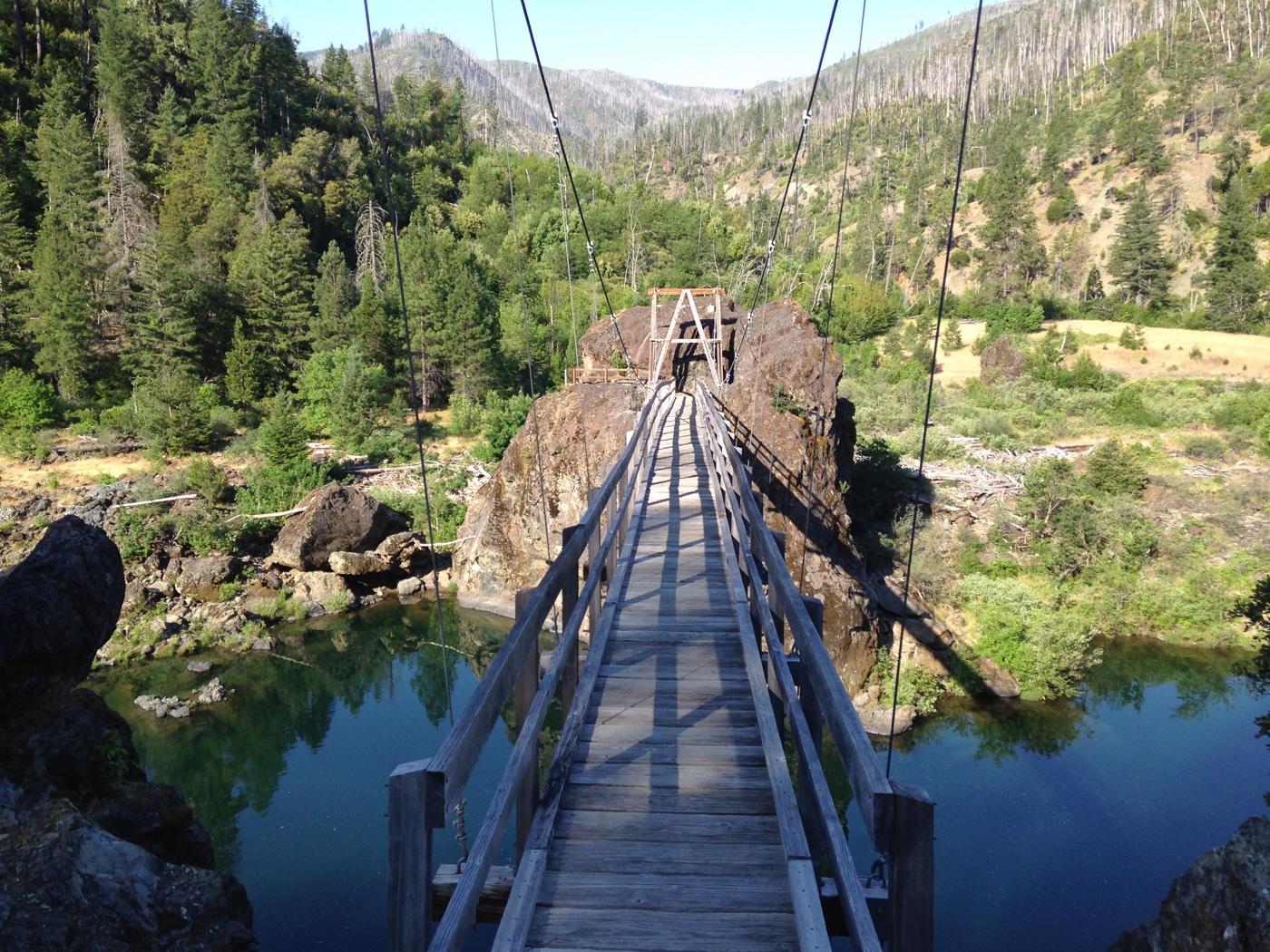 I prepared the drone setup for take-off on the road above the bridge. The kid took the controls and within seconds, he was quickly zipping up the canyon around the bend. The drone warned him that he was out-of-range after about 20 seconds of flight. We waited for a bit, and thankfully the drone came back into communication, and he got some nice pictures of the bridge flying downstream. 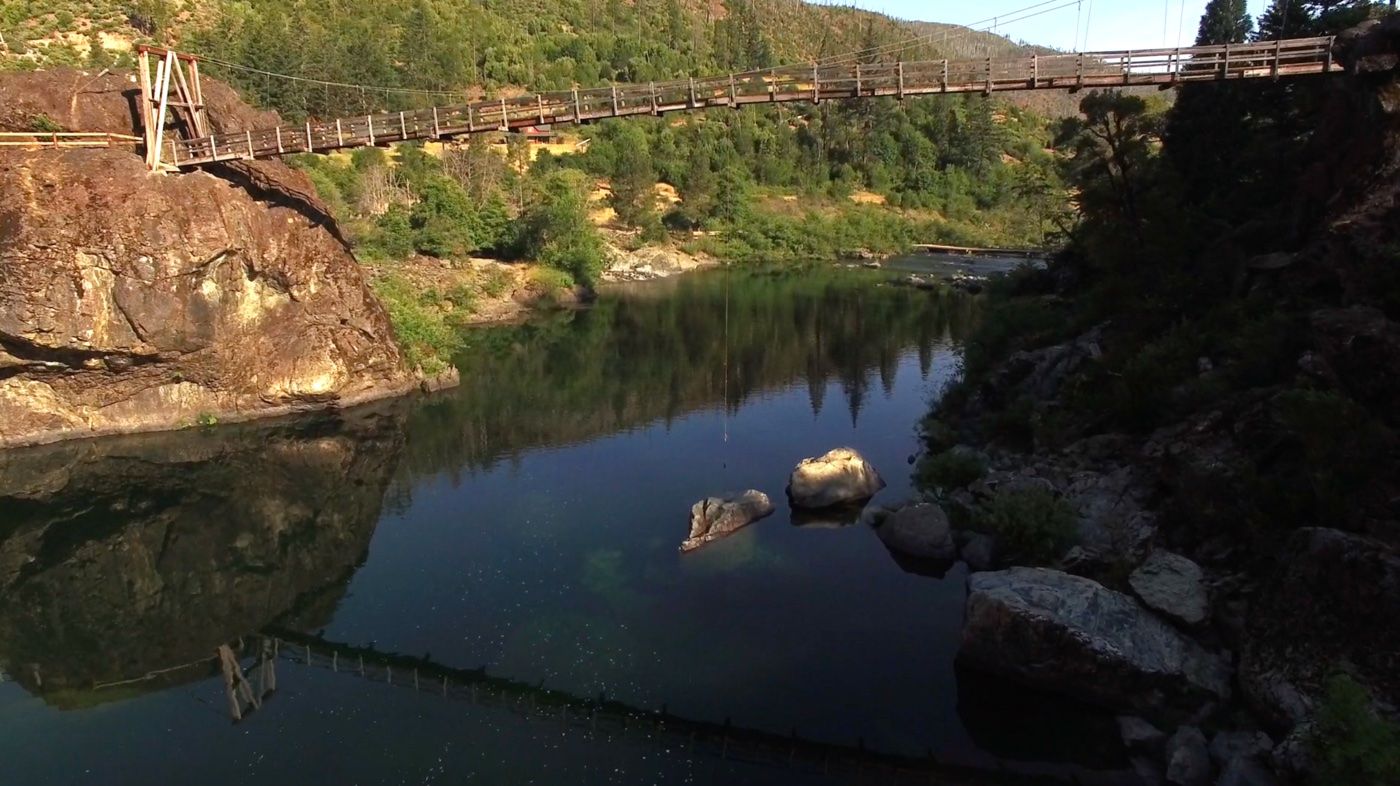 After passing the bridge and reaching the lower vehicle bridge, he turned the drone around and filmed the bridge from the other direction, using the morning light to capture a different view of the canyon. 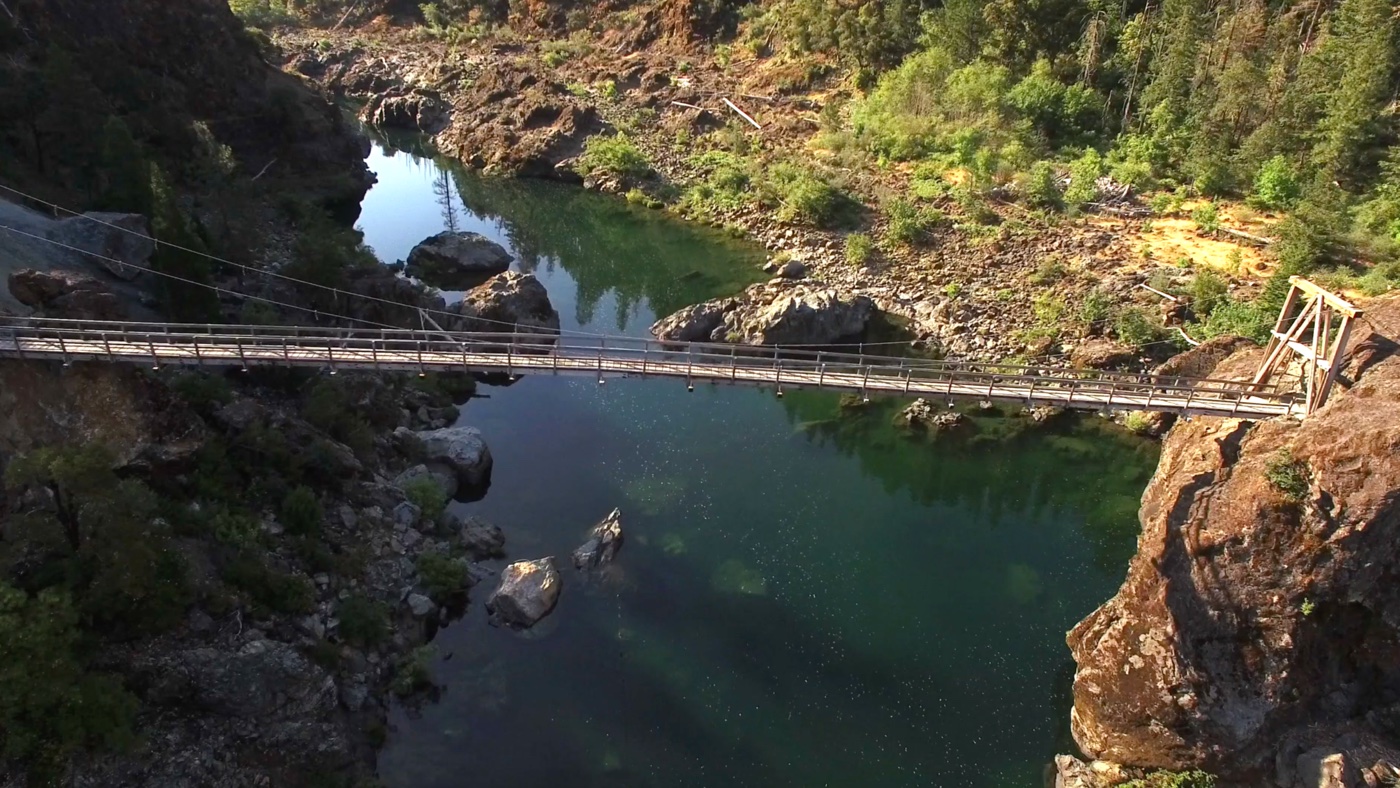 After about five minutes he was done, and he brought the drone in for a landing back up on the road.

The weather and lighting continue to be among the biggest challenges we face with our filming. We were able to get the shots we wanted this day, but the early morning sunlight wasn’t ideal for capturing the full beauty of the canyon.

For me, the speed of takeoff, the urgency of the flight (not sure why), and pushing the boundaries of the drone set the done for the crash that occurred later in the day at National Creek Falls. I’m exploring these emotions in other more non-journal posts, but I feel like I’m seeing some important rewiring of the circuits that bridge the virtual and our physical world for the kid.

I’m guessing we’ll see more Swinging Bridge (and there will be even more photos and videos than what we captured this day), as I’ll be coming back to swim and to access the Illinois River trail further downstream from the bridge. Next time I’m hoping to spend more time there, hopefully with better light conditions.